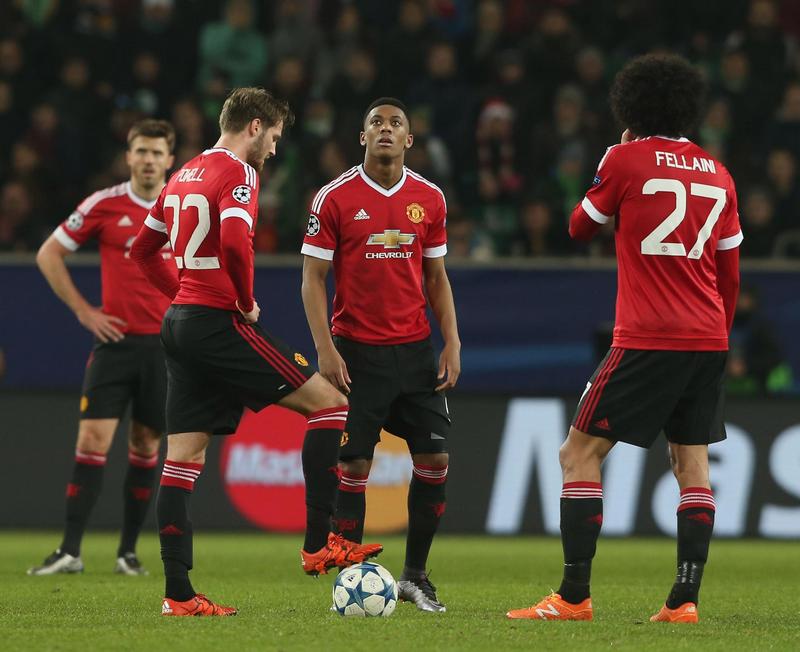 Manchester United's Champions League hopes are over after a 3-2 defeat to Wolfsburg in dramatic circumstances at the Volkswagen Arena.
Despite taking the lead through Anthony Martial, the hosts battled back through Naldo and Vieirinha before the interval. Although Joshua Guilavogui levelled with an own goal, Naldo scored his second from the next attack and, coupled with bad news from PSV Eindhoven's match with CSKA Moscow, it became apparent Louis van Gaal's men would be consigned to the Europa League. 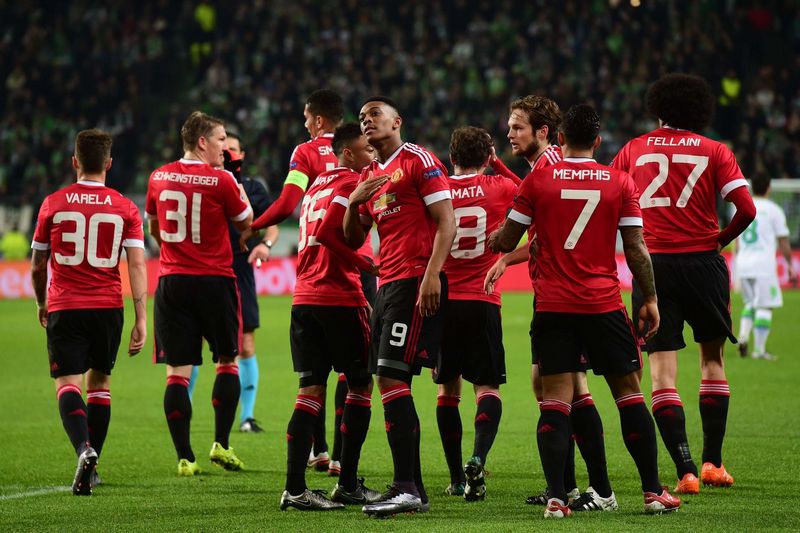 It was action packed from the start with Andre Schurrle wasting an early opening when left in the clear, blazing over the bar inside the third minute. A Juan Mata shot then hit Marouane Fellaini but the Spaniard was the man who provided a killer through ball to allow Martial to run on, steady himself and fire clinically past Diego Benaglio. 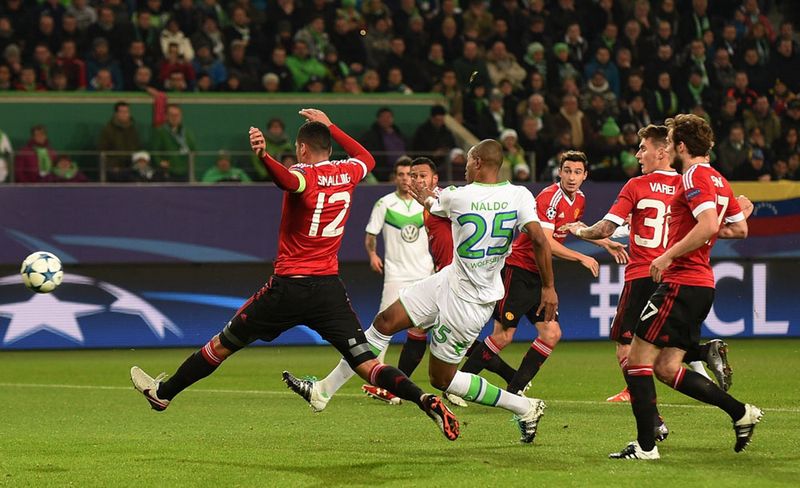 The lead lasted only four minutes as Ricardo Rodriguez's free-kick was superbly volleyed first time past David De Gea by Brazilian defender Naldo. Benaglio pulled off a great save to repel Fellaini's header from a Daley Blind corner and, moments later, a goal of real quality edged the Germans in front. Julian Draxler was at the heart of the move and, after scything through the usually resolute Reds defence, he teed up Vieirinha for a simple finish. 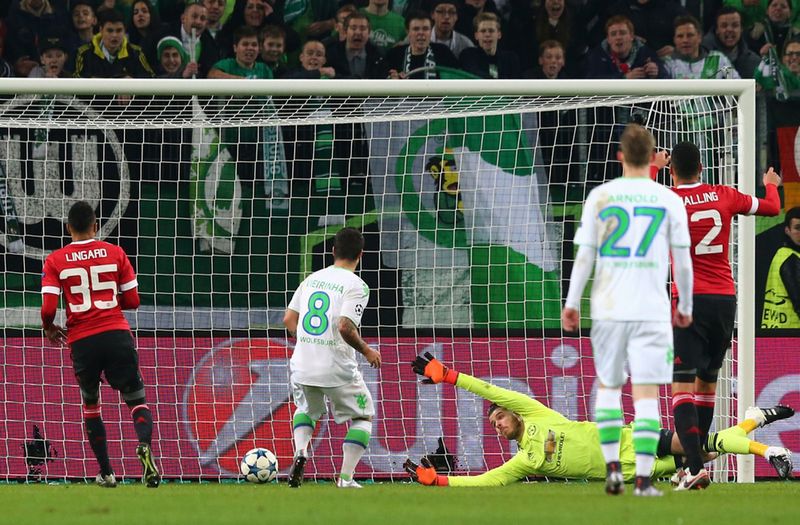 Bastian Schweinsteiger hammered a drive high into the stand and, after he was involved in a mix-up in midfield with Memphis Depay, the dangerous Draxler charged through again. This time, De Gea pulled off a huge save with the defence stranded to keep his team within touching distance.
It should have been all square at the break but Jesse Lingard's effort was ruled out for after initially being given. Mata was offside in the middle but did not appear to make contact, with referee Milorad Mazic presumably ruling the Spaniard was in Benaglio's eyeline.

Possession: Wolfsburg 50% United 50%
Shots at goal: Wolfsburg 5 United 5
Shots on target: Wolfsburg 3 United 3
Corners: Wolfsburg 1 United 2
After a cagey opening not in keeping with the first half, the game burst into life again when Memphis flashed an acrobatic volley goalwards that was well saved by Benaglio. Mata could not reach a loose ball when United pressed again but Wolfsburg applied pressure of their own, none more so than when Schurrle almost punished De Gea's decision to race from his line but the keeper backpedalled to push away one-handed.
Martial had a low shot comfortably saved by Benaglio, while De Gea was forced to pull off further saves at the other end. The chances continued to come thick and fast with Max Kruse powering wide and Memphis bending a free-kick the wrong side of the far post. 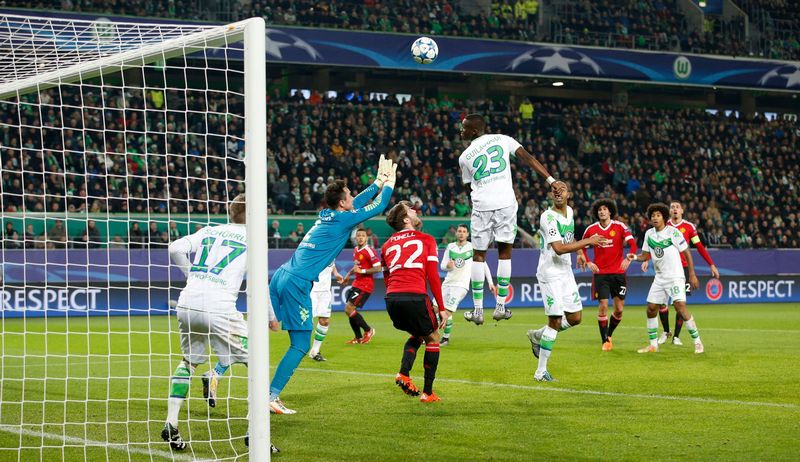 Drama unfolded with two goals in a minute, first when Fellaini won a header and Guilavogui nodded a looping attempt to clear into his own net. Seconds later the hard work was undone as Blind conceded a corner that Naldo buried to leave the Reds crestfallen.

Chris Smalling, who picked up a knock but bravely continued, had an effort blocked, as did Lingard, in the closing stages but PSV's 2-1 win over CSKA left United third in Group B and unable to qualify for the last 16.

Wolfsburg vs Manchester United ALL GOALS

#MUFC's Champions League hopes are over after a 3-2 defeat to Wolfsburg in dramatic circumstances at the Volkswagen Arena.

Posted by RyanGiggs.cc on Tuesday, December 8, 2015