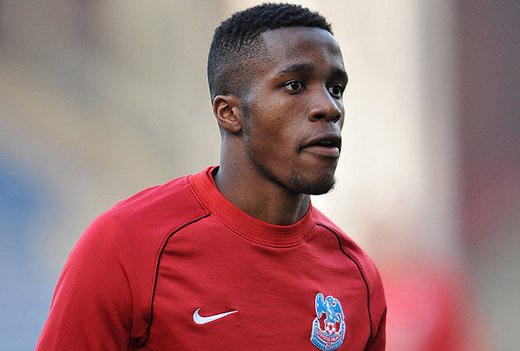 One thing about Wilfried Zaha: at 20 he is still a bit young to be considered for ball-boy duties at Swansea City. What he isn’t, however, is too young to be the subject of a significant investment by Manchester United.

Although no figures were released either by United or the selling club Crystal Palace, it is thought upwards of £12 million will eventually exchange hands. Which could mean, in these days of inflated transfer fees, United have pulled off the bargain of the decade.

Not that United fans are going to see the player in their team’s colours anytime soon. In a very shrewd move, Palace have ensured that part of the deal means that Zaha will remain with them – officially on loan – until the end of the season. Thus they have kept their best hope of achieving a far more lucrative bit of business: promotion to the Premier League. And there is no question if Zaha had left them midway through the year, their chances of elevation would have been holed below the waterline.

This is a very good player indeed. Quick, direct, powerful, imaginative, not easily dispossessed, he lights up a game. Ian Holloway must have thought he had landed in his own dreamscape when he arrived from Blackpool last autumn and found such a talent at his disposal.

In the Championship, Zaha makes the difference. If Holloway can use the best player he can ever have worked with to achieve promotion, then Palace will be in clover. £60m a year guaranteed income, plus the £12m from United: for a club that has so often recently been in jeopardy that represents financial nirvana.

But while he may well illuminate the Championship every time he trots on to the field, United fans will be wondering whether Zaha is good enough to add value to a side at the top of the Premier League. As a player who tends to be employed wide, where his electric-heeled pace takes him past half a defence with a couple of strides, the comparison can quickly be made with those already at the club.

Will he, for instance, offer more than the inconsistent Nani? Does he have one more foot than Antonio Valencia, a man who, close observers insist, has crossed the ball with his left just the once while wearing a red shirt? Watching him a couple of times for Palace this year, I’d say the answer is yes to both.

But in fact the player who Ferguson seems to hope Zaha will ultimately replace is Ryan Giggs. Quick, intelligent, a great finisher, capable of playing in several positions: but for the fact he is arriving in the first team squad three years later than the Welshman, the similarities are significant.

Old enough to be Zaha’s father – and, given his extra-curricular record, you wonder if anyone has checked the details of the birth certificate – Giggs has indicated he is going to be around at least one more season at Old Trafford. And what a brilliant mentor he could make to help the new signing deliver on his promise.

Not just in the example of professionalism, not just as a demonstration of adaptability and nous, but in his approach to international football he could be of invaluable assistance.

When Roy Hodgson picked the then Palace player for the friendly with Sweden back in the autumn, there was an outcry in certain quarters that Zaha would not fully commit himself to a future with the Three Lions. He was unsure at the time whether he would play for his adopted home of England or his birthplace Ivory Coast. His family, he said, were keen on him turning out for the homeland. And he himself was conflicted.

At the time some accused him of being ungrateful to the nation that had nurtured his talent. He was pilloried and his integrity attacked. In fact, the dilemma was a harsh and tricky one. Clearly the simple – and economically much more lucrative – decision would have been to commit himself to England. As the bright young hope of the English game he would be able to command a fortune.

Emotionally, however, he was being pulled towards Ivory Coast. And, even if he ultimately committed himself to England, there was something rather noble about a player led more by his heart than his bank balance.

Well Giggs has been there. He sacrificed many millions by opting for Wales, the land of his birth, rather than England, the land of his upbringing. He says there was never really a choice. He went for the red shirt out of love and respect for his mother, who he recalls weeping with pride at the sound of Lands of My Fathers ringing out before Six Nations games.

The two have much in common. Though you wonder if Zaha had taken assumptions about their similarity a touch too far this morning. He turned up for his medical at Carrington wearing a t shirt decorated with an image of Imogen Thomas – the woman who blew the whistle on Giggs’s extensive relationship portfolio. Steady on Wilf.