What it meant to be Ryan Giggs’ teammate 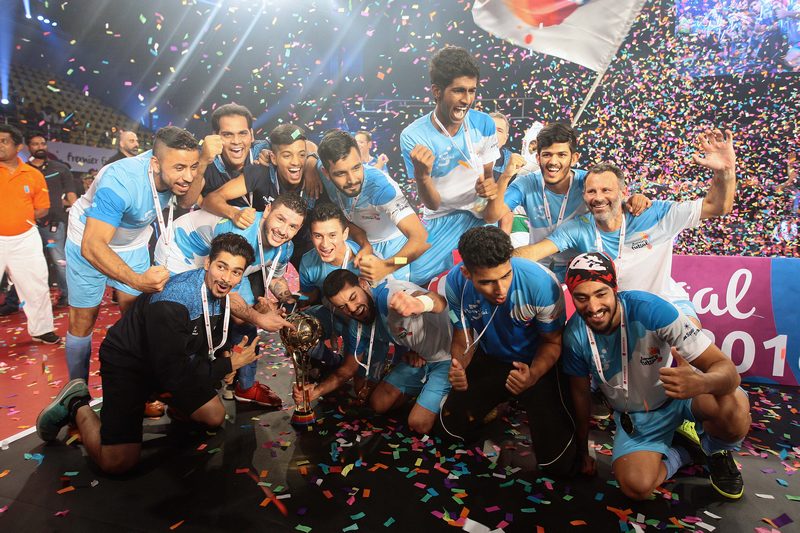 Playing alongside Ryan Giggs is perhaps one of the most thrilling prospects for any young Indian footballer who has grown up loving the game. At the recently concluded Premier Futsal League where the Welshman was the Mumbai 5’s marquee player, years of relentless practice paid off for several such young talents.

“We were scared to speak to him (Giggs) in the initial days but he gelled with us just like any other friend would. Giggs met everyone, asked them if everything was all right, if anyone needed any help on anything and so on,” said Krishna Patil, who featured in four games for the Mumbai side.

“The day I met him, It took me some time to realise that this was for real. Giggs asked us not to be overawed and helped us with anything and everything,” added the 21-year-old Andheri resident.

Krishna supports Chelsea but said sharing the dressing room with Giggs is something he will cherish for the rest of his life. “When the boot camp started in Chennai, we weren’t allotted teams as there were several rounds of selections. I didn’t make through the initial list but focused harder on my game to get the nod. I still had no clue that I would play alongside Giggs,” Krishna said.

Chanpreet Singh Bhui, the lone Indian to feature in all the games for the Mumbai side, hailed Giggs as an extremely disciplined sportsperson. “He used to reach the training ground 30 minutes before us and start practising,” he said.

Nineteen-year-old Emanuel Mehta was elated to play alongside the former Manchester United midfielder. “There would be times when I would ask for the ball and he wouldn’t pass but would meet me later and explain to me why he did so. It’s unthinkable for someone of his stature to come up to players like me and explain his moves. He’s very humble and kept on motivating me,” the defender, who played two games during the group stage, said.

“After lifting the trophy, we were shouting and cheering and returned with sore throats to our rooms. We didn’t even party that night as we were very tired,” recalled Krishna. “Giggs kept on telling us not to worry about the crowd and believe in ourselves. You have been selected as you are one of your country’s best, he would tell us.”

For both Emanuel and Krishna, there was a lot more to take back than just the winners medal. “I couldn’t talk to him at length after the final. But the experience that I’ve gained should help me improve my game. He kept reminding us that playing football is simple but playing simple football is difficult,” said Krishna.

Giggs had appeared in 718 games for the Red Devils from 1990-2014. He left his boyhood club Manchester United after being associated for 29 years this summer. To put that into perspective, some of his teammates at the Premier League Futsal were not even half his age.