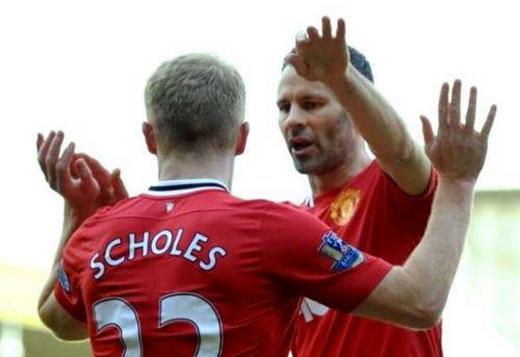 When you are making an arduous, never-ending Sunday-night trek from Norwich to Manchester, on a packed train devoid of a working toilet, there are very few things which can render the journey bearable. An injury-time winner from Ryan Giggs on his 900th United appearance is one of those things.

We witnessed something very special at Carrow Road yesterday, a fairytale ending to a landmark day for the Welshman. I was never lucky enough to see the likes of Charlton, Law and Best in action. But I have been fortunate to see modern-day legends Ryan Giggs and Paul Scholes produce countless special moments for Manchester United. They are our version of the 1960's icons and I wonder if we appreciate enough just how special they are.

"I have been fortunate to see modern-day legends Ryan Giggs and Paul Scholes produce countless special moments. They are our version of Best, Law and Charlton - and I wonder if we appreciate enough just how special they are."

Giggs' winner came almost five years to the day after Ronaldo did something similar at Fulham. That day in February 2007 really sticks out in the mind as being critical in that season's title countdown. Something similar happened in East Anglia yesterday - just imagine how deflating it must be for Manchester City to keep winning only to find United impossible to shake off.

A very testing run of games concludes at Spurs on Sunday - win there and the Reds will be in a remarkably strong position to retain the title. Of course, United simply don't do things the easy way as the last few league away games have shown but my, it's a heck of a ride.

You don't often hear the boss say United were second best after a game but he admitted that defeat for Norwich was unjust. The Canaries were excellent and I must say their club is hugely impressive all round. I hope they stay up despite the fact that I could have flown from Manchester to Amsterdam and back twice over in the time it took to get there!

MUTV seems to be remarkably popular in that part of the world - all sorts of people kept coming up to Paddy Crerand and myself during our stay. Talking of Paddy, he was serenaded by the brilliant travelling United support as we clambered over row after row of seats in the stand on our way down to the pitch to do the post-match interviews.

I can't believe I asked a member of our 1968 European Cup-winning side - a team-mate of Best, Law and Charlton of course - to leave the commentary position in such an undignified manner but I'm sure he'd agree, the late winner made all the discomfort worthwhile!