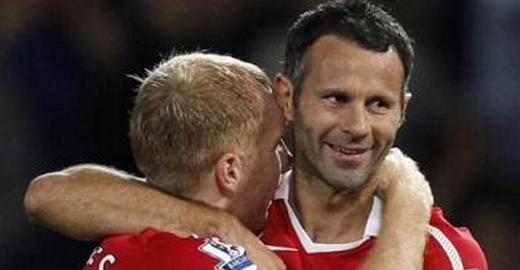 Who was the most talented player you have ever worked with?
As a manager, certainly Christophe Dugarry, a French international who played for Birmingham and had a wonderful time with us for 18 months. As a player, it's so difficult. How do you separate the likes of Cantona, Keane, Ince, Giggs and Scholes? But if I had to pick one on pure talent, it would have to be Eric Cantona.

What player that has graced the Barclays Premier League in the past 20 years stands out for you and why?
I think there's two. The achievement of Ryan Giggs and Paul Scholes, to play 900 and 700-odd games respectively for Manchester United is remarkable. To still have the hunger and desire to be as good as they are is remarkable. Look at their achievements, year in, year out, in the Barclays Premier League. And Scholes is still able to come back after six months out and give United a lift. As much as anything, it's testament to his fitness and professionalism that he can make such an impact.

Outside of sport, who do you most admire and why?
I'm going to have to say The Queen. She's coming up to 60 years on the throne, and I think it's remarkable to have her energy at her age. We know how difficult it is to do a PR exercise, and how tiring and tough it is to appear in front of crowds. She's a fantastic example.

Steve Bruce was speaking to Yahoo!'s 'The Dugout' through its partnership with the League Managers Association