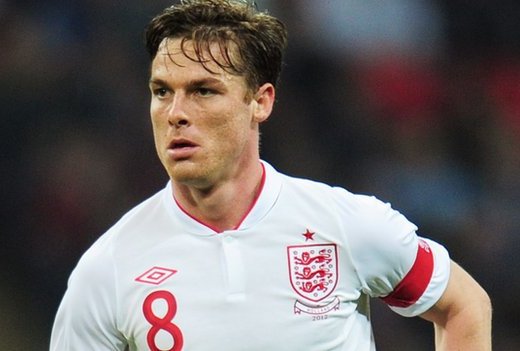 Parker, now 32, is one of a large contingent of over-30s which includes skipper Steven Gerrard, Frank Lampard, Ashley Cole, Joleon Lescott and Michael Carrick, and Ben Foster will also be joining the club at the beginning of next month.

Yet Parker insists there is no need for concern, and said: "I don't get the age one really. People are too hell-bent on age, whether it's bringing players through or others being too old. If someone is good enough and playing at their best, you pick them."

The Tottenham midfielder watched 39-year-old Giggs produce a virtuoso performance against Real Madrid a couple of weeks ago and he believes that provided all the proof needed to ignore those pesky dates of birth.

"Maybe it's because I am 32, but I saw Ryan Giggs playing against Real Madrid in the Champions League," he added. "He was doing more running than anyone else.

"I don't buy into the debate at all."

Although he made his England debut in 2003, it was not for another eight years that Parker really started to make his mark on the Three Lions squad, by which time he had already celebrated his 30th birthday.

Little wonder therefore that Parker wants to extend his England career as long as possible, a feeling that only intensified during an absence from the international fold stretching back to the Euro 2012 quarter-final defeat by Italy in June, after which the midfielder was forced to undergo surgery on a worrying Achilles complaint.

"I had the Achilles problem at the back end of the season and missed the last eight games trying to get right for the summer," he said.

"I didn't go into the Euros in any massive pain but I pushed it a little bit too far. It caused me problems at the beginning of this season so I needed to get it sorted."