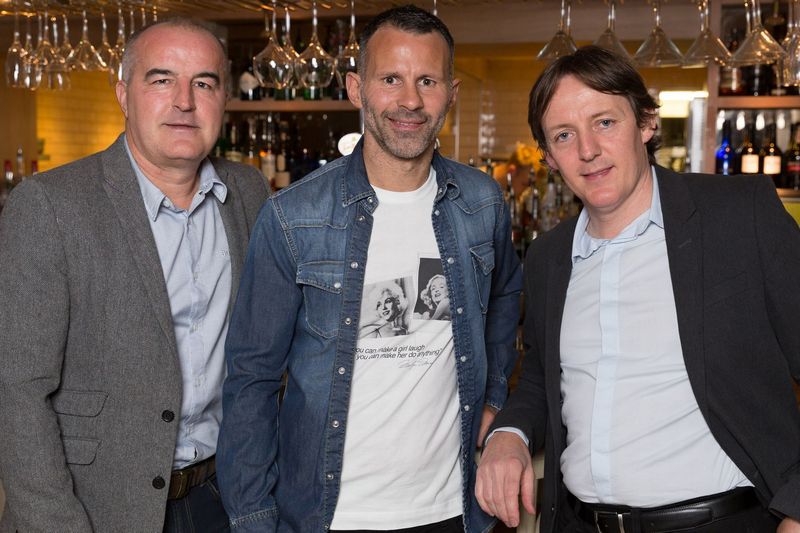 As a footballer Manchester United star Ryan Giggs always watched his waistline.
But since he stopped playing and became assistant manager he admits that he now affords himself the occasional treat especially after launching George's bar and restaurant in Worsley.
Ryan dines there once a week with his friends and co-owners Kelvin Gregory and Bernie Taylor and he says he is partial to the sticky toffee pudding at the swanky Barton Road eaterie.
And from the brunch menu he likes to fill up on George's answer to the full English breakfast before training with the Reds.

New additions to the menu at the popular Worsley restaurant include red wine poached baby monkfish tail, fillet of venison and some other old classics.Source: Manchester United - Manchester Evening News

He said: “If I'm training in the afternoon I enjoy a brunch. The George's breakfast includes egg and sausage. It's an upmarket English breakfast and it sets me up for the day.
“We have tea here as a chance to socialise and catch up and my children like the fish finger butties from the children's menu.
“And we all had Christmas Day here with our families.”
The former Moorside High School pupil added: “I like the sticky toffee pudding. Since I stopped playing football I can have a little bit more.
“I'm at United every day and the food is healthy so I can have the occasional treat.”
Almost two years since the old school friends launched George's in the run up to Christmas after transforming the old Milan restaurant, it has become a firm favourite with foodies across the north west as well as hub for the locals.
They know many of their local customers after growing up in Worsley.
And they became so busy they swiftly needed to expand and last summer unveiled a new outdoor terrace foe al fresco dining.
The restaurant has flourished so much they agree that they would consider opening a second George's in future.
Kelvin said: “We have enjoyed it so much we would consider opening another. But there are no plans at the moment.”
For now the trio are proudly launching their new autumn menu featuring Ryan's favourite starter chicken liver parfait, some new additions including red wine poached baby monkfish tail, fillet of venison and some old classics. The menu changes three times a year and they all contribute their ideas to the kitchen.
Bernie said: “We have listened to feedback and introduced more classic dishes.
“We have got the George's burger and fish and chips.”