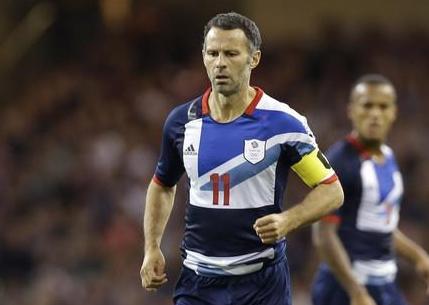 RYAN GIGGS has given his thumbs-up for the Team GB experiment to continue after Stuart Pearce’s men bowed out at the ­quarter-final stage against South Korea.

The Team GB captain admitted his side weren’t good enough for a medal after their penalty shoot-out loss, but said: “The ­overall experience is nothing but positive.

“I would want players to experience what I have experienced. The whole Olympic attitude and coming up against good, organised teams.

“It can only be good for players’ development and experience. It is going to be hard and there are a lot of sceptics out there, but I think if you asked all the players and staff, they would give you the same answer.

“They would be willing to get in and experience what they have had over the last month.”

Pearce’s team saw their medal hopes crushed in Cardiff on Saturday when Daniel Sturridge’s fifth effort was saved before Celtic’s Ki Sung-Yueng sent Korea through to face Brazil in the semi-finals.

Manchester United star Giggs, who came on as an 85th-minute substitute, added: “I will look back on it with great pride.

“To captain the Great ­Britain side has been a privilege.”