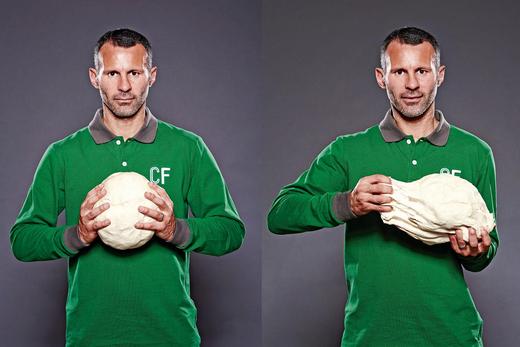 With ‘Cafe Football’ set to launch in December, Ryan Giggs has revealed some of thinking that went into his new business venture with former team-mate Gary Neville.
The United heroes, who both came through the legendary ‘Class of ‘92’ ranks, announced earlier this year plans to open a brand new restaurant in Westfield retail complex, Stratford.
The menu will feature such footballing fancies as a gourmet chicken and mushroom pot noodle, Pistachio Turf, and even a Half-time orange like you've never seen before.
Café Football directors, Gary Neville and Ryan Giggs, introduce the Football Moments Competition - Cafe Football. 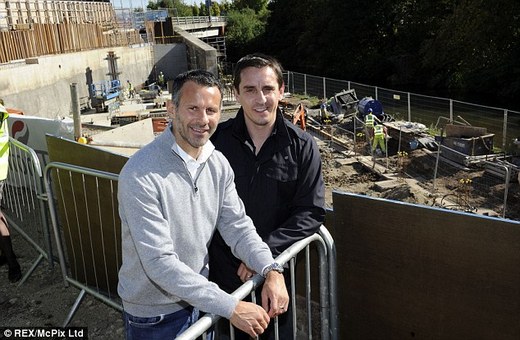 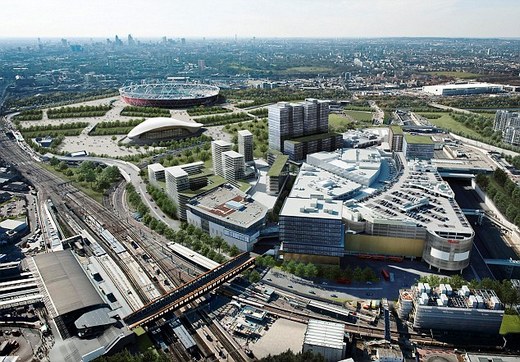 They weer used to lighting up the Stretford End at Old Trafford, but Stratford's Westfield will be the venue for the eatery 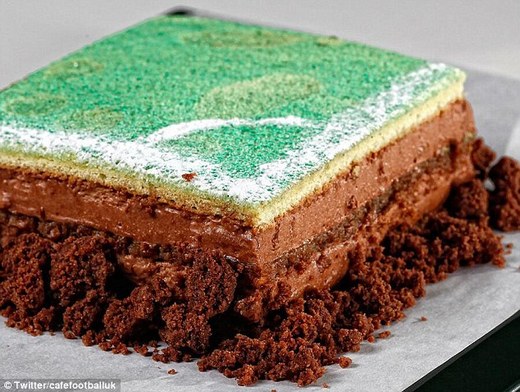 Grub's up: Cafe Football's 'Pistachio Turf', a chocolate sponge is just one of the innovative items on the menu

Not your typical football snack: Gary Neville wields a recreated 'Half-time Orange'
Giggs, who is now a player/coach with the Red Devils having made his league debut back in March 1991 against Everton, says he and Neville, who retired in 2011, were realistic as they approached the twilight of their careers and discussed plans for what they could focus on after football.
Speaking to The Times magazine, Giggs said:  'We knew that we were coming to the end. Gary's now retired and I'm still going but the end is coming soon. We knew that we had to prepare for another life away from football at a relatively young age.’
Starting his career as a foodie as his football career draws to an end, Giggs believes the characteristics to be successful in both are quite similar.
‘I think in either profession you need something OCD about you,’ he said. ‘You’ve got to be particular and everything has to be so regimented. Plus you’re only as good as the people around you.’
‘Take Paul Scholes, he plays a simple ten-yard pass, every fan thinks, “I can do that. But can they do it under pressure? Can they do it when someone’s watching them? Well it’s the same in the kitchen. Can you do it when the pressure is on?’
The former Wales international admits he and Neville are by no means culinary wizards but claims the pair certainly know about fine cuisine, having visited some of the best hotels and restaurants during their playing careers.
‘We’re not chefs and we’re not experts in hospitality, but we’ve had a lot of experience travelling the world, eating at nice restaurants, eating at nice hotels. We knew what we wanted, it was just putting it out there.’
Having admitted the end of his career is fast approaching, Giggs is looking forward to chilling out after he’s retired and revealed what he’s most looking forward to away from the pitch: ‘Having a nice meal and a glass of wine - or a couple of glasses of wine - and feeling relaxed. You can enjoy yourself a little bit more and not think “I’ve got training tomorrow”.’
With football, and now food, his main passions in life, Giggs, who turns 40 at the end of November, revealed he has quite a liking for a particular snack.
‘I’m becoming quite good at trying new things. I was at Gleneagles last week and I had red deer. Never had it before.
Really enjoyed it. Your palate changes doesn't it? Up until the past couple of years I'd never liked cheese and biscuits. But now after a meal, I like a nice cheese and biscuits,’ he said.
Giggs may have changed his food habits recently but his taste for success will never wane.