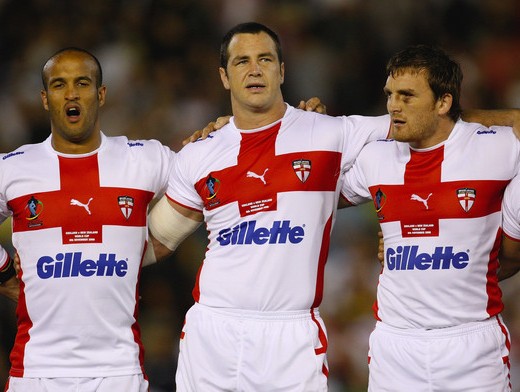 Ryan Giggs has admitted there is a big split among players in the United dressing room!

But it’s only when it comes to the  players’ passion for rugby league – with Giggs a lifelong Wigan Warriors fan and Wayne Rooney championing the Leeds Rhinos.

Top-class rugby is followed with interest by Giggsy and his team-mates who have the utmost respect for their tough, talented Super League counterparts.

Giggs revealed: “Quite a few of the United boys are big rugby league fans.

“We normally stop over in a hotel the night before a Saturday game.

“We usually eat around 7.30pm and then gather around the television to watch the Super League game. Wayne Rooney, Rio Ferdinand, Michael Carrick and Paul Scholes all like the game and follow it closely.”

Giggs’ affinity for Wigan is shared by Ferdinand, who was invited into the Wigan dressing room when the Warriors took on Leeds at Headingley.

Rooney regularly tweets to wish Leeds well and was at Old Trafford to see the Rhinos win the Grand Final.

Giggs talks about his enjoyment of the game in a foreword he has written for the auto-biography of Warrington Wolves and England star Adrian Morley, entitled Moz – My Story.Giggs and Morley have so much in common.

They were brought up on the same streets of Salford – they had a tough upbringing and share a mutual respect.

Both obviously went on to become sporting legends – one as a world-class footballer, the other a rugby league star both here and in Australia.

“I used to play in the same rugby league team as a lad called Morley,” recalled Giggs.  “He was a tough, aggressive no-nonsense forward.

“This was Chris Morley and his 11-year-old brother called Adrian used to come along to games to cheer him on.

“Now a quarter of a century on, I am saluting Adrian.  I had to give up playing all other sports when I signed schoolboy forms with United as a 14-year-old. “For some reason, they were not too keen on me playing rugby league at the same time.

“A few years later when I was in the United side, I was so pleased to see Adrian break into the Leeds first team.

“He has gone on to make a real mark on Super league. I took an interest  in his career because I knew his brother and because he was from the same areas as I was.

“It has been great seeing Adrian’s career unfolding the way it has.

“Not many British players have been out to Australia and made the same impact he has. Adrian was and is regarded as one of the world’s top players and in the area where we grew up, people are extremely proud of him and rightly so.”

Giggs’ father, Danny Wilson, had of course been a star in rugby union before heading north to sign as a professional for Swinton.

Wilson was a very gifted half- back who encouraged young Ryan to play both rugby and football.

Giggs added: “I have been a Wigan RL fan ever since my day took me to a Test match at the old Central Park ground in Wigan.

“I saw Shaun Edwards and Martin Offiah both playing for Great Britain. I just love watching the sport no matter who is playing. I naturally look out for Moz whenever he is playing. I sent him a text message to wish him well before the Challenge Cup final in 2010 and was delighted when I later saw him lifting the famous trophy at Wembley Stadium.”

Giggs also reveals his admiration for the toughness shown by Morley,  now 35, and his fellow players.

“The older I get the longer it’s taking me to recover from games,” said the United legend. “I feel tired the day after a game, sometimes two days after a game.

“I can only imagine what Moz feels like after a game with what he puts his body through.

“The fact he has played more than 400 games of top-level rugby league, still putting in the hits and making the yards for his team is remarkable. This is outstanding.

“Rugby league has changed so much over the years. The players are all top athletes. Moz has not only gone with that, he has led the way.

“He has never been picked for the Warrington team and the England team because of his name – it has been for his performances.

“Adrian has always been fiery, tough and uncompromising. I cannot help but love the way he plays the game.

“The quality I really admire in him is his longevity.  You do not see many rugby league players continuing into their mid-30’s  especially not at such a high level.

“It is a huge credit to Moz that he has been able to do that.  I am sure he has taken the best advice and been well looked after, like I have, but ultimately it comes down to his desire and determination.

“We live less than a mile apart  and away from the pitch he is a terrific fellow. He is always willing to help others.

“A few years ago, a local rugby union player broke his neck. When his mates rallied round to help, Moz was there to lend a hand  – that’s the kind of bloke Adrian Morley is.”