Ryan Giggs admits he would have started Butland over Hart 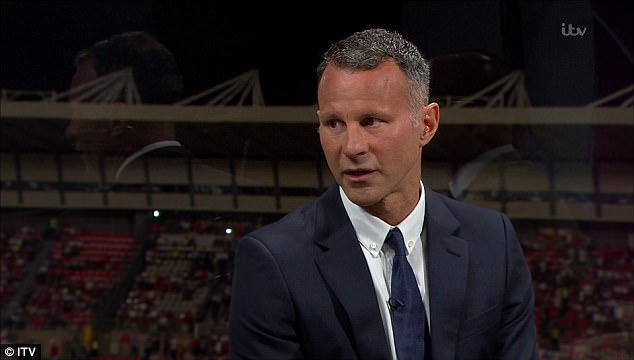 Former Manchester United and Wales winger Ryan Giggs admits he would have opted to start Jack Butland in goal for England's World Cup qualifier against Malta.

England boss Gareth Southgate had faced a selection headache over who would be his No 1, particularly after Joe Hart's poor start to the Premier League season.

But Southgate insisted on Thursday Hart remains his first choice keeper despite fierce competition from Jordan Pickford and Butland.

Giggs admitted prior to kick-off, if the decision were his to make he would have given Butland the nod over Hart.

He said: 'It depends how the season goes for Pickford, Butland and Hart.

'Personally I would have played Butland. You don't want to be chopping and changing your goalkeeper but what is he going to learn from playing Hart?

'You know that he can miss a few games and then come in and he's got the experience to do what he does.

'So I would've (gone with Butland), especially in a game like this when you're not going to see a lot of action.'

He added: 'In previous years he hasn't been looking over his shoulder but now he's got two up and coming goalkeepers who can be No 1 for England'

Hart, who has conceded 10 goals in just three Premier League games this season, has won 71 international caps and has been England's first choice between the sticks for several years.

But now faces stiff competition with both Pickford and Butland vying for his spot.