Player of the day: Ryan Giggs 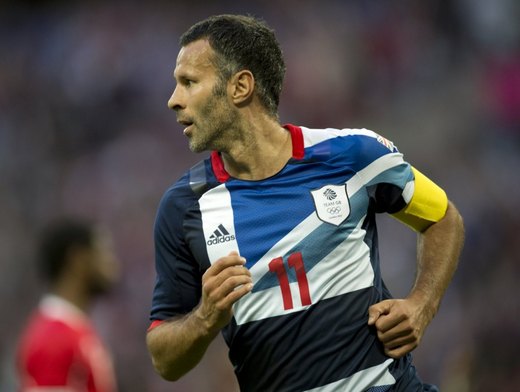 Giggs also has a number personal achievements including being the first player in history to win consecutive PFA Young Player of the Year awards in 1992 and 1993 as well as the PFA Player of the Year award in 2009. He is the only player to have played and scored in every season of the Premier League and holds the record for the most assists in Premier League history with 271.

Giggs was offered his first professional contract on 29 November 1990 at a time where United had recently won the FA Cup, the first major trophy since the appointment of Alex Ferguson in 1986. Giggs made his league debut against Everton on the 2nd March 1991 coming on as a substitute and made his full first team debut against Manchester City scoring the only goal in a 1-0 win.

Since Giggs’ debut back in 1991 he became a first team regular and in the 1992-93 season Giggs helped United to their first top division title win for 26 years. His emergence and the arrival of Eric Cantona heralded the dominance of United in the Premier League as United again won the league in the 1993-94 season.

Throughout the years the Manchester United team has seen many different players represent the club, Giggs has in fact played with over 140 different players in the first team, but Giggs has remained ever present and has been pivotal to United’s Premier League, European and Domestic success. His 900 plus appearances for the club is something which is likely to never be achieved again and on top of that Giggs has scored 163 goals for the Red Devils.

When Giggs made his international debut in 1991, he broke the record as the youngest debutant for Wales at the time. He went on to win 64 caps and scored twelve goals for the Welsh national team between 1991 and 2007, he was made captain in 2004. His first senior goal for Wales came in a 3-0 win over Belgium in 1993. Giggs never represented Wales at a major international tournament and announced his retirement from international football on Wednesday, 30th May 2007.

On 28th June 2012, Giggs was confirmed as one of the three over-aged players selected for Great Britain to compete at the London 2012 Olympic Games alongside Craig Bellamy and Micah Richards and was subsequently named the team captain.