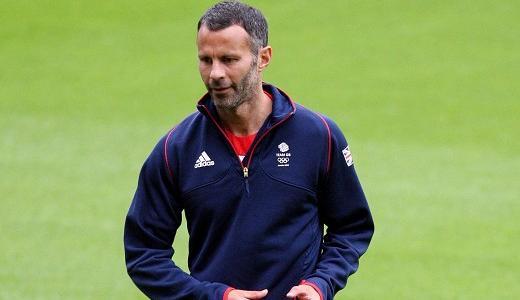 Stuart Pearce is far happier having Ryan Giggs under his charge than he ever was chasing him around a football pitch.

The Team GB men's football coach and his 38-year-old captain have joined forces to help spearhead the quest for Olympic glory, and the older man is delighted to have the vastly-experienced Welsh midfielder at his disposal.

Pearce said: "I have enjoyed it very much. I enjoyed chasing him around and trying to catch him - it's good to have him nailed down and in the same room nowadays. He's a great influence for the younger players. That goes before him - there's no doubt about that."

He went on: "He's been incorporated in the coaches' meetings we have had as well - we have sought his advice, bounced things off him. That shows the respect I've got for him.

"I've not done that before with a captain. I started the process with Jordan Henderson, but never had him as inclusive as with Ryan and he's been invaluable, both on and off the pitch as an example to these young players.

"He's got the respect, not just of the players, but the coaching staff as well. The same can be said of Craig Bellamy as well. His standards of professionalism are quite incredible.

"But Ryan is the captain of the squad and rightly so, and we are proud to have him."

Pearce will make a final decision on striker Daniel Sturridge, who is recovering from viral meningitis, after Friday night's friendly against Brazil at Middlesbrough's Riverside Stadium.