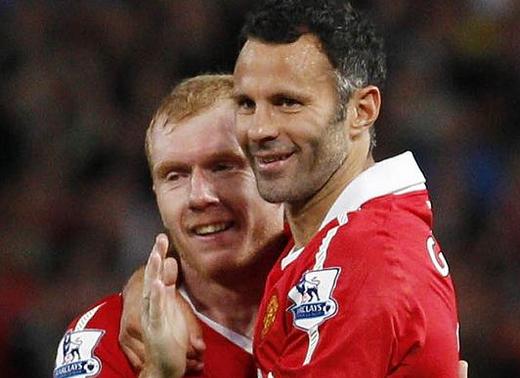 Scholes, 38, turned out for United for the last time during Sunday's 5-5 draw away at West Bromwich Albion. However, Giggs, who will turn 40 in November, will continue for at least another season.

"He is unreal. He is still one of the quickest and fittest players in the world, and he is almost 40," Scholes told The Times.

"When Gary [Neville], Nicky [Butt], me and David [Beckham] came into the setup, we idolised him. In some ways, I still do. He could go on for as long as he likes. He's in a league of his own."

Discussing his own retirement, Scholes went on to concede that he knew that the time was right for him to call it a day following a chat with departing manager Sir Alex Ferguson.

"It was obvious to us both that I was off the pace," he added. "I knew it deep down and the boss could see it.

"We didn't need a long, drawn-out conversation. There will be no comeback this time."

Scholes made 717 appearances for the Red Devils, scoring 155 goals in the process.