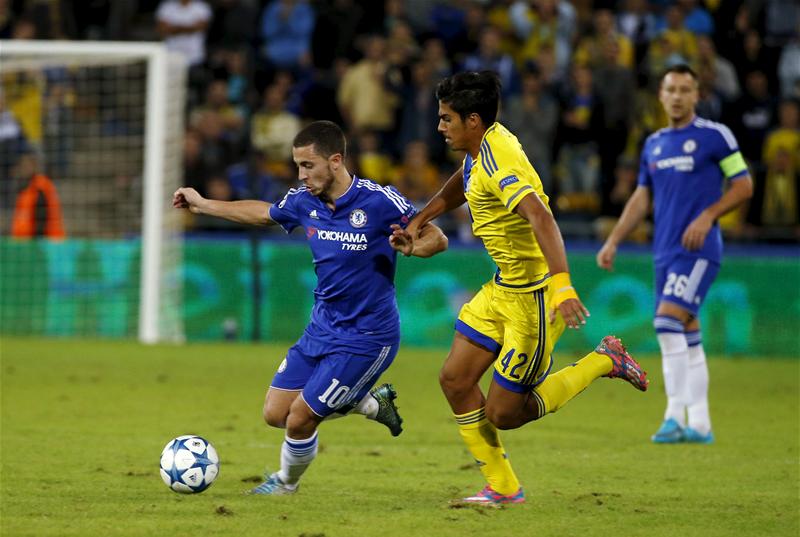 Paul Merson believes Chelsea’s Eden Hazard should take inspiration from Manchester United legend Ryan Giggs in order to turn his season around, as per the Daily Star.

The Belgium international was outstanding for the Blues as they won the Premier League and Capital One Cup last season, with his displays resulting in a PFA Player of the Year award.

Furthermore, the 24-year-old was rewarded for his performances at Stamford Bridge with a £200,000-a-week contract last February, as reported by Daily Mail.

This season, though, Hazard has struggled to recapture his best form and Merson called on him to achieve the same level of consistency that United’s assistant manager did throughout his career.

Writing in his Daily Star column, the Sky Sports pundit said: “Everyone is trying to stop him now. They know he’s Chelsea’s best player and they make plans to stop him. But the best players adapt, and he hasn’t.

“That’s why he’s nowhere near the level of Lionel Messi or Cristiano Ronaldo. He’s not even at the level Ryan Giggs used to be at. Giggs did it every season, year after year, for about 15 years!

“Everyone was trying to stop him every time he went on to the pitch. They couldn’t do it. He was that good. That’s what Hazard needs to learn from.”

Hazard, who has also been crowned the Ligue 1 Player of the Year twice in his career during his spell with Lille, is yet to score in the Premier League this term despite netting 14 times last season, which is indicative of his dip in form.

He has also only managed to provide two assists in his 13 league appearances so far, although in fairness he has hardly been helped by his teammates – many of whom have also struggled badly this term.

The Blues are currently rooted in the bottom half of the table after collecting 14 points from their opening 13 matches and manager Jose Mourinho will be looking for Hazard to provide some inspiration to fire them up the table in the coming weeks.