Olympic future is on the line for Team GB, says Ryan Giggs 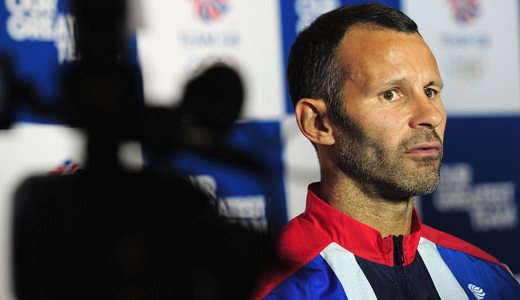 RYAN GIGGS has declared Team GB are playing for their Olympic future when they clash with the United Arab Emirates at Wembley tomorrow.

The former Welsh skipper and captain of Stuart Pearce’s British hopefuls admits the pressure is on the side to win following Thursday night’s disappointing 1-1 draw with Senegal.

Giggs (pictured), one of Pearce’s over-age picks, sounded a warning to his younger team-mates that the bar must be raised to relieve the growing pressure on the host nation at London 2012.

And he openly admits that success in the tournament holds the key to whether Team GB will continue as a concept beyond this summer’s Games on home soil.

After failing to get off to a flying start in front of a partisan 72,000 crowd at Old Trafford, defeat for Team GB against the UAE would be unthinkable.

An early exit would almost certainly spell the end of future participation from the home nations.

Yet veteran midfielder Giggs, leading the first British side since 1960, has once again given his backing to Team GB fielding a side in more Olympic Games.

“This has been a whole new and different experience for me right from the start,” said Giggs, appearing for the first time in tournament football.

“The Olympics is huge and I don’t think you realise how big it is until you are actually involved.

“It’s a great thing, but we’re here to win matches and the Senegal game was disappointing.

“I do think if we do well and go a fair way and the interest gets bigger and bigger, then it is something that could be here for the future.

“I have said that because of the experience I have had. But ask any of the other players. each of us would do it again in an instant.

“The experience, the build-up to the competition and being involved in such a huge event is special because it’s at home.

“What we do will have a massive bearing on it. Hopefully we can do that and get some of the sceptics who are out there behind us.”

He continued: “There is pressure on us to win on Sunday after the Senegal draw.

“For confidence, more than anything else, a win on Sunday will obviously set us up going into the final Uruguay game. We know we are going to have to improve to get through the group, win one of the next two games.

“We are going to have to improve, but we know we will be much better fitness wise going into the next game.”

Giggs has called for more protection from Olympic match officials ahead of the final two group games.

The usually composed Manchester United star accused Uzbekistan referee Ravshan Irmatov of giving no protection to his British team-mates in the bruising battle with Senegal.

“You don’t want anyone to get sent off but there were a few naughty challenges in there,” said Giggs.

“A few of our players are probably struggling for Sunday, which is disappointing when you have only 18 to choose from.

“I don’t know how many fouls the No 10 (Sadio Mane) made, but in a Premier League game he’d probably have been sent off three times.”