Mourinho： Ronaldo is Great but Giggs and Scholes are the Best 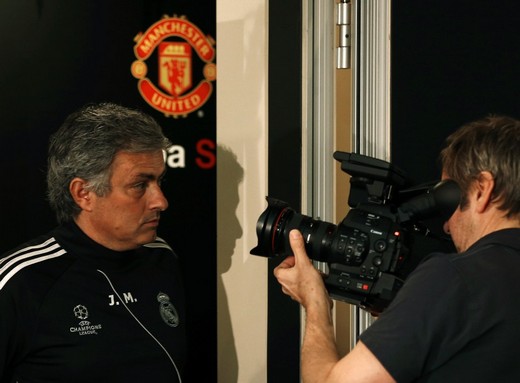 Although Mourinho has managed some of the world's greatest players, including Ronaldo, Samuel Eto'o, Didier Drogba and Kaka, he picked out the veteran United players for special praise for their remarkable longevity.

Speaking to The Sun, Mourinho said Giggs and Scholes were "incredible" for maintaining their standards into their thirites, adding that Ronaldo "could also reach that level if he wants it.

"I hope that, for the good of football, Cris goes on to be as good as Giggs and Scholes."

After saying United were "the better" team during Real's 2-1 victory in Manchester last week, Mourinho's latest interview could be seen as further evidence that he wants to succeed Sir Alex Ferguson at Old Trafford.

However Barcelona-based newspaper El Mundo Deportivo believes Inter Milan want Mourinho, who guided the club to the Treble in 2010, to return to the San Siro next season.

El Mundo claims Inter president Massimo Moratti issued a warning to his current coach, Andrea Stramaccioni, after the club lost 1-0 to Bologna at the weekend.

Inter are four points off the Champions League places in Serie A, and are unlikely to progress in the Europa League after losing the first leg of their last-16 tie with Tottenham 3-0.

Mourinho has said that, during his career, "Inter is the club I have enjoyed the most, no-one else has given me the same happiness.

"It is a family and I will always belong to the 'neroazzurra' family. When I left [Inter] I cried more than once."