Morley: Giggs was my inspiration 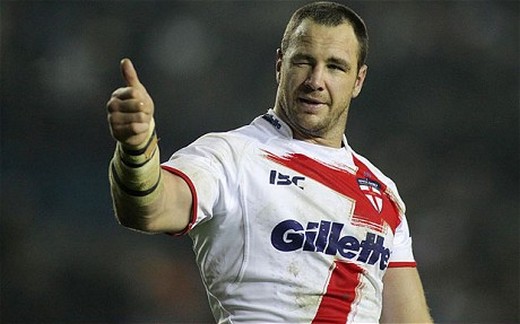 Adrian Morley has revealed for the first time how he was inspired to play rugby league by Ryan Giggs.

The veteran prop is set to spearhead England's bid for glory in the final of the autumn international series against France on Sunday. But in his autobiography "Moz", he reveals how he was only interested in playing football until a chance encounter with Giggs, the son of ex-Swinton and Wales stand-off Danny Wilson, who was himself a promising league player as a junior.

"I had little interest in rugby league until the summer between leaving primary school and joining high school when I went along to see my brother play for the first time," said Salford-born Morley. "That was my thunderbolt moment. Until then, I'd been Man United mad, worshipping Bryan Robson and trying my best to emulate him."

He added: "Watching (brother) Chris and his Langworthy team take on Eccles as an 11-year-old changed all that. Chris was playing in the back row and he looked so hard and cool, covered in mud. But as good as Chris was, there was another kid who caught my eye.

"He played stand-off and he was rapid, with a great chip over. No-one could catch him.

"Every time he'd get the ball, the mums and dads would shout 'come on Wilson' and when he didn't have the ball, they'd shout 'give it to Wilson'.

"I heard one of the grown-ups say that St Helens were already looking at this wiry-framed kid with the mop of curly hair. He never went on to make it professionally in rugby league.

"Instead, he changed his surname, changed his sport and Ryan Giggs went on to have a pretty decent career in football."

Giggs has written the foreword to Morley's book, for which Morley will be signing copies of in Manchester's Trafford Centre from 4pm on Saturday, and reveals his admiration for the Warrington captain.

"You don't see many rugby league players continuing into their mid-30s, especially not at such a high level, and it's a huge credit to Moz that he's been able to do that," said Giggs.