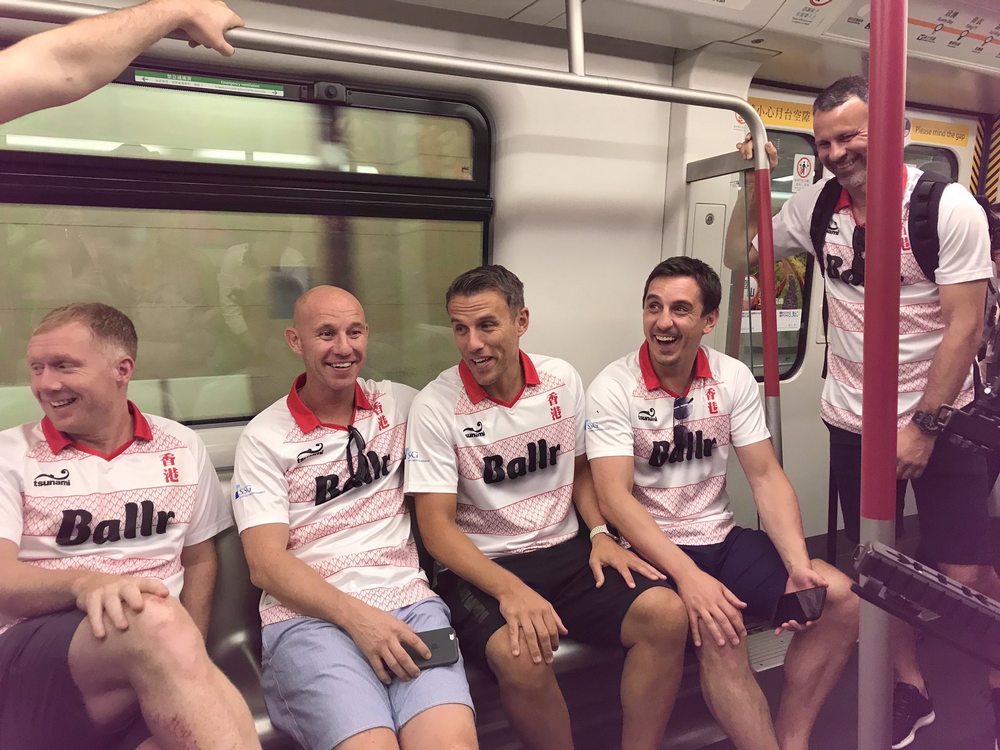 It has been a long time since Paul Scholes, Gary and Phil Neville, Ryan Giggs and Nicky Butt needed public transport to arrive at a match they were playing in.

But out in Hong Kong, the quintet used the metro to head to a veterans five-a-side match.

The Manchester United legends may have called time on their professional playing careers but they still pose quite the threat as a five-a-side combination. Phil Neville shared a picture on his Instagram account of the group heading out on their travels, captioning the image 'Road trip with these guys!!!' And he tweeted the welcome they had, with fans lining up to catch a glimpse of their heroes donning United attire and waving flags.

And his older brother Gary shared some pictures of t-shirts that they had been presented with, featuring caricatures of each player on the front. He seemed a little underwhelmed with his own t-shirt, writing 'not nice' alongside the post he uploaded on Instagram.

But overall, he seemed to be very much enjoying his time in Asia. Neville later published a picture of an impressive view from what he said is the 'tallest bar in the world, apparently'.

That venue would be the Ritz-Carlton Hong Kong hotel, where the cocktail bar is on the 118th floor and 1,608 feet above sea level.

Four days prior, they will take on Real Madrid in the Super Cup.