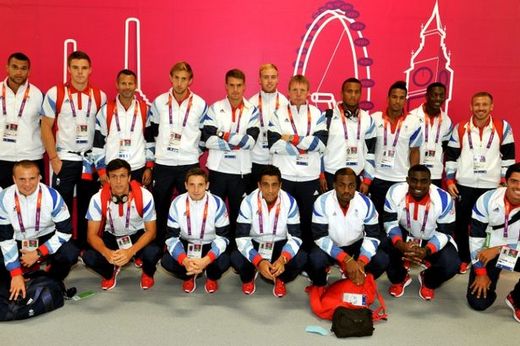 Ryan Giggs wants Britain’s football bosses to ensure he is not a one-off as captain of the united nation’s Olympic team.

As Giggs’ fellow Welshman Craig Bellamy revealed how he had been inspired by a welcome to the Olympic Village by 2004 Athens heroine Dame Kelly Holmes, the Team GB skipper said the four home nations should unite every four years.

Scotland and Northern Ireland resisted involvement in a GB Olympic football team, while the FA of Wales only backed down under pressure from players including Giggs and the injured Gareth Bale.

And Giggs, finally set for his first taste of tournament football at the age of 38, said: “I hope it’s not a one-off, from what I’ve experienced and how much I’ve enjoyed it.

“I hope in future Olympic Games there will be more GB teams.

“So far, I’ve had nothing but positive feedback from people I know, wanting me to do well and wishing me well.

“The different FAs may have opposed it, but people I’ve met face-to-face have been nothing but positive.

“Lobby for it? I don’t know. I’m not a politician.

“Like Craig, I’m still Welsh and proud of it but for me this was a chance I just couldn’t turn down, a chance to play in the biggest sporting event in the world.”

Giggs and Bellamy are clearly thrilled to be playing in Stuart Pearce’s team, who moved into their rooms in the Village on Monday.

The squad will heading for Middlesbrough on Tuesday, ahead of Friday’s warm-up game with Brazil.

The men’s and women’s squad were welcomed into the Village by Sir Clive Woodward, before being addressed by Dame Kelly, a double gold medallist eight years ago, in the GB residential block.

Bellamy, who could not contain his enthusiasm, said: “It was a privilege to meet her.

"She gave us a chat about what to expect and what these Olympics are about.

“It is new to us but it has just been immense and meeting the likes of Kelly Holmes has been incredible.

“She just said, 'Be part of this Great Britain experience.' We’re all trying to get medals and do as well as we can for Great Britain - just embrace it.”

The basic accommodation in the athletes’ block is a million miles from the luxury hotels Premier League stars are used to, but Pearce and his players were determined to take a full part in the whole Games experience.

Bellamy admitted: “It’s a lot different to what we’re used to, but there’s a lot more going on.

“Normally, of course, we are kept away from other people but this has been completely different – we’ve really had to embrace this.

“You have to be a lot more patient. You eat with every other athlete. It’s been amazing, not just for me, but for everybody else as well.

“We never once thought this was going to happen. I personally never thought I would ever be involved with something like this so for me, I just want to enjoy every moment.

“This is something I’ll cherish for the rest of my life.”

Even to the extent of becoming part of the biggest event of the entire Games, the opening ceremony in the Olympic Stadium next Friday.

Pearce said: “The option will be totally down to the players. I will not force any player to be part of it. They know their own bodies.

"If seven or eight of them do, fine. I will leave it solely to them.”

And the two Welsh veterans hinted they want to march into the stadium behind the Union Jack on July 27.

Giggs confirmed he wanted to take part, and Bellamy added: “It’s something I would definitely like to be involved in but I just need to see how I feel after the Senegal game on Thursday.