Kevin Phillips: Giggs has inspired me to keep playing 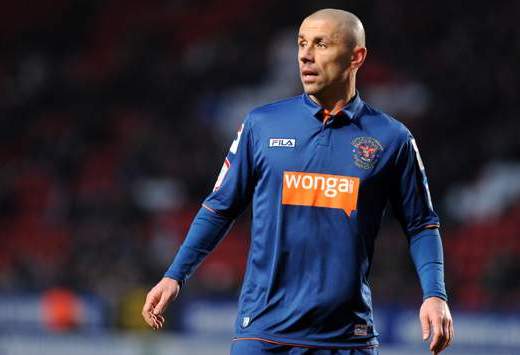 The 39-year-old netted a hat-trick in his full debut for the Eagles after joining them on loan, becoming their oldest ever scorer, and insists he feels fit to continue

Crystal Palace loanee Kevin Phillips has insisted that Ryan Giggs making it to 1000 appearances is an "awesome achievement" and that it has inspired him to keep going.

The 39-year-old, who is four months older than the Manchester United man, has played over 600 career matches but is still a fair few games short of the winger's total, with the Red Devils midfielder also recently signing a new one-year contract.

However, while the forward acknowledged Giggs' feat, he is hoping that he can carry on for a while yet and maintain his place as the oldest outfield player in the country.

He was quoted by The Daily Mirror as saying: “Ryan making his 1,000th appearance, that is just an awesome achievement.

“With him signing another deal that may force my hand [to carry on], I am four months older than him but I’d like to be clear, on my own, as the oldest outfield player in the country."

The Blackpool man, who is on loan at the Eagles, netted a hat-trick against Hull City in his full debut on Tuesday to become the south London club's oldest goalscorer in history and take his career tally of goals to 283.

And the former Southampton, Sunderland and West Brom forward was delighted with the display, insisting it proves that he can continue to perform at a high level.

“To get a hat-trick at home like that on your full debut, it was fantastic," he continued.

“It’s brilliant, what more could I want than to still be scoring hat-tricks and breaking records at 39, and turning 40 in the summer.

“It shows I am fit enough to start games in the Championship and the goals were great too, it wasn’t a perfect hat-trick but I was delighted.

“Could I still do it in the Premier League next season? Listen, it would be great but let’s not get carried away."