Giggs: "Waiting for Man United vs Barcelona, our revenge." 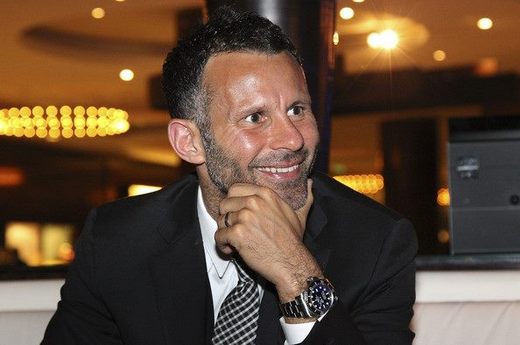 Ryan Giggs now belongs to Golden Foot legends of football. His footprints will lay soon on the Champions Promenade of Montecarlo next to Maradona’s, Ronaldinho’s and Totti’s, who won the prestigious award last year. In 22 years with Manchester United Giggs has won something like 12 times the Premier League, 4 FA Cups, 2 UEFA Champions League, and 1 Club World Cup, among many other awards. He tells www.goldenfoot.com about his feelings of a special night in Monaco…

Ryan Giggs won the Golden Foot 2011. What’s your feeling about it?
"I am very happy. People and fans voted me through the net. It’s brilliant. It is a great satisfaction, it means they like the way I play football. Winning the Golden Foot here in Monaco is really very nice. And receiving it from the hands of Prince Albert is a real honor. "

Now your footprints will be placed near those of the greatest in football history. Who is the best player ever?
"Maradona is definitely the best player ever. I remember FIFA World Cup 1986 and 1990. He did an incredible job. I have seen many players through the years but no one has repeated what Maradona did."

And what about the best player now?
"There are so many talented players. Not talking about my teammates I say that the best are Messi and Cristiano Ronaldo. "

Manchester United is the world's most popular clubs. Could you tell us about the group managed by Sir Alex Ferguson?
"We are normal guys who play football as a job following the rules of the group."

Sir Alex make and control the rules?
"Yes, but often he makes meetings with the most experienced players. We have to be good to show the right way to behave to young guys coming in. "

Beyond the many urban legends, who is Sir Alex Ferguson?
"A great man. It is always the first to arrive in the morning and the last to leave. He is always ready to listen to us. I feel comfortable with him. I got one year contract with Manchester United, but I just need to sit with him in the office to renew it. "

Are you gone to renew it?
"Yes, I think so, I do not care anything else than playing for my team, Manchester United. It is the team I support too. After Christmas I will go to the office of Sir Alex and we'll talk about my contract. "

Have you ever thought about playing outside of England?
"Not really. Once in 2003, I heard rumors of me and Inter Milan. Just rumors. No real contacts. "

Inter Milan is one the best teams in Italy. What do you think of the Italian league?
"I grew up watching teams like Arrigo Sacchi AC Milan. It was in the 90’s. I loved players like Gullit, Figo (both awarded with Giggs in Montecarlo) and Van Basten. Today I really like the way Napoli play. They love counterattacking. They play offensive football. And as a Man United fan I wish they beat City! "

City means Balotelli too. What about him?
"He is very good, but also a little strange. What an incredible number of tickets with a car for him!
In England all but the City fans hate (in terms of sport) him. But trust me, he is very talented. "

Let's talk about the Champions League. Again Manchester United vs. Barcelona this year?
"Hopefully. We work to win the Cup. If we face Barcelona would be the opportunity to have our revenge. "

We great you talking about Wales national team. Any call from Gary Speed?
Oh yes. Sometimes. I'm thinking about it!