May 16, 2012
Posted by Steven Tan | Source from mirrorfootball.co.uk 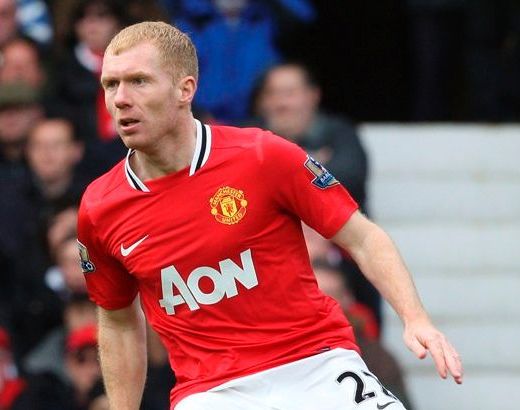 Ryan Giggs has claimed Paul Scholes is playing the best football of his career and would still light up Euro 2012.

Scholes, 37, has signed up for another year and his performances for Manchester United have sparked talk of a shock return for England.

Boss Roy Hodgson names his squad on Wednesday, but it’s believed Scholes won’t be in it.

Team-mate Giggs, who received his award as the best player in Premier League history on Tuesday, said: “It’s probably the best he’s ever played since he’s come back.

“He just doesn’t give the ball away, he controls the tempo of games. He’s easily the best player I’ve played with because he makes it looks so easy. He’s the kind of player you’d want in your team at the Euros.”

Giggs believes Scholes is still in the same class as Barcelona superstar Xavi and will be outstanding for United next season.

"They are the same sort of players," he said. "They just control the tempo of great teams. To do that you need to be a special player and that's what he does.

He said: “He knows what the modern footballer wants and needs, which is important.

"He's just come out of playing football himself, played at the top level, gone to tournaments. He'll bring all that experience to England."