Giggs: Olympics in London? It can be a great experience 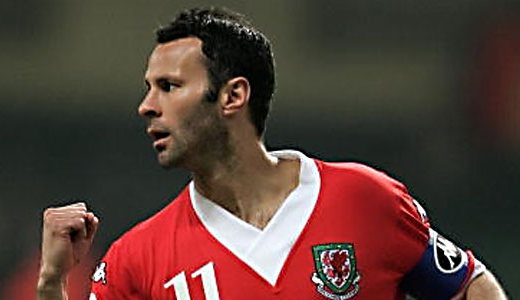 Q: Manchester City won the Premier League. Lots of feelings run till the last minute. What do you think about it?
A: It ‘s been an incredible season. At the end, Man. City won. It’s good for them, and obviously not exactly the same for us. It’ football!

Q: The return of Scholes was a shock, but it was soon realized that Paul still has a lot to give to football.
A: I always thought that Paul was important for the team. I was right. The facts said that.

Q: Van Persie received the prize as best player of the season. Do you agree with that?
A: Yes, I do agree. Van Persie has played a great season. He deserves the award.

Q: Rooney seems to be more and more important for Manchester United. Is he the future leader instead of players like Giggs and Scholes?
A: It’s always hard to say that. Certainly, Rooney embodies the spirit of Man. United.

Q: Di Matteo deserves to stay as Chelsea Manager?
A: He did a great job, taking home two trophies. FA Cup and Champions League and not easy to win at all!

Q: In the Champions League, last year, United failed even to qualify in the group stage. It was a terrible new for such an important club. What you need to came back at the highest level?
A: For us it was a strange season. We went through a phase of change, in which key players like Neville left. A sort of period of generational change. Now it’s time to merge the experience of “old players”, with the freshness of youth. This could be may be the key to our future.

Q: Everyone was expecting Real-Barca in the final, but it was Chelsea-Bayern …
A: The Champions League is a tough competition. Sometimes it happens that experienced teams reach the Final instead of what everybody consider the best teams.

Q: Messi and Cristiano Ronaldo: who is the best?
A: Christiano has been many years with us. I know him surely better than Messi. They are both incredible players. Messi plays in a wonderful team. That’s what I know better. Not enough to make a comparison. Probably people will make it better than me. It’s something for football fans around the world.

Q: Next season, teams like City, Borussia Dortmund and Italian giant Juventus Turin are working to compete for the highest level. Are they really ready to win?
A: As I said, the Champions League is a tough competition. City, Dortmund and Juventus can do very well, but probably, to win the Cup is something we have to discuss during the season. Actually it’s too early to say it.

Q: Del Piero will leave Juventus, but does not want to quit, Raul will leave Europe, Henry is well in New York. Giggs never thought of doing a different experience than Manchester, out of England?
A: I’m still playing and I love to do it. Let’s say I start thinking about the future with the great experience I am still doing.

Q: What do you think of Roy Hodgson as new English team Manager for Euro 2012?
A: He has quality and a very good team to manage. They will compete with teams like France, Spain and Germany. It will be a tough competition.

Q: What about the chance of England to win the title?
A: Yes, they definitely got chances, but as usual they got many expectations to face, which means huge pressure. Everything depends on how they will address the group stage.

Q: Balotelli: Can he helps Italy to win?
A: Yes he can. Italy has a strong team, but as I said for England, everything depends on the first part of the competition. At that stage, Balotelli can be decisive.

Q: Giggs has never missed participation in a major event for nations (FIFA World CUP or European Championship)?
A: Yes, because we are talking about incredible competitions. But now I have the chance to play in the Olympics, in the place where I live and play football. It can be a great experience, and an important chance for my career, even if I am not exactly a young player.