May 24, 2013
Posted by Steven Tan | Source from eatsleepsport.com 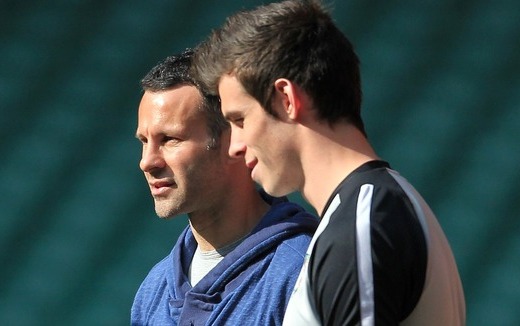 Giggs, 39, is set to be confirmed as part of new boss David Moyes' backroom staff in a player/coach role in the next month after the former Everton manager met him for talks last week.

Moyes wants to bring some key members of his Goodison Park technical staff with him, including head of recruitment Ian Atkins, but United's top summer transfer target is a player who Sir Alex Ferguson tried but failed to sign in 2007.

Bale's future at Tottenham is up in the air after his side's failure to earn Champions League qualification, although many believe it would have been in doubt anyway as the player wants to win trophies and now has his pick of the world's clubs.

However, only Real Madrid and United are thought to be realistic contenders for the 23-year-old's signature and the two great euro rivals look set to battle it out for his affections this summer.

Real Madrid will move for Bale if they decide to part company with Cristiano Ronaldo, who has two years left on his Bernabeu contract and is unsure about committing for the long-term.

United do not necessarily need to sell before they can enter the race, but are looking to make room in their top-heavy squad by getting rid of Wayne Rooney.

Spurs may prefer to sell Bale abroad but in the past they have always caved in to United when the money has been right, allowing Michael Carrick and Dimitar Berbatov to follow their hearts north.

If it comes down to a straight choice, Bale's family and feeling for the club will come into his decision and United hope Giggs - who the Welshman idolised as a teen growing up in Cardiff - could help their cause.

Bale watched United's 2-1 defeat to Real Madrid at Old Trafford in March in a private box with permission from Tottenham.