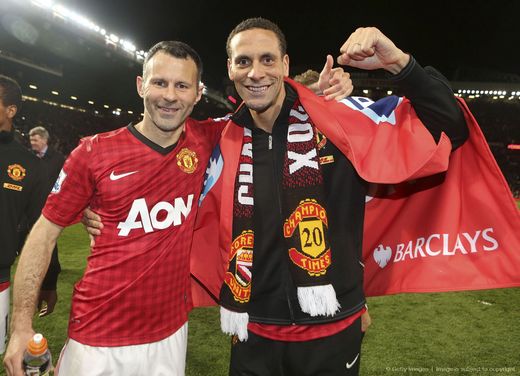 Ryan Giggs reflects on his 13th championship triumph with United, the club's 20th in total...

Winning the title is a great feeling, one I'll never get sick of. It's a fantastic achievement for us after the disappointment of last year. The show we put on against Aston Villa on Monday night, especially in the first half, was brilliant, too. We didn't just stumble over the line, we did it in style. It doesn't get any better than that.

One of the first questions I was asked on Monday was, 'will you get to 14 titles'? I hope so, that's the plan! I want to keep going and it's nights like Monday that help me do that. You want to taste that success and feel like you do on those nights because it doesn’t get better than that. When I finish, they're the nights I'll miss, but they're also the nights that spur me on now.

The disappointment of last season is nothing new to us. We'd like to win the league every year but we can't. We could have won it last year but whether it's losing a game or losing a league like last season, it's how you respond. There were young players in the squad hungry to win it for the first time, while the older players were desperate to win it back. The squad deserves great credit for the style in which we did it.

You've got to say Robin van Persie has made a massive impact on the club since he arrived last summer. His goals, the way he plays and the way he carries himself, he's just got a touch of class about him. You saw that on Monday night with the quality of his goals. He's just a brilliant player. His second goal was such a difficult technique to execute. It's one thing to do it in training, but doing it on a big night at Old Trafford shows his class.

That said, there have been so many great performances this season. David De Gea, Rafael and Michael Carrick all had brilliant seasons, for example, and our strength in depth won us the title.