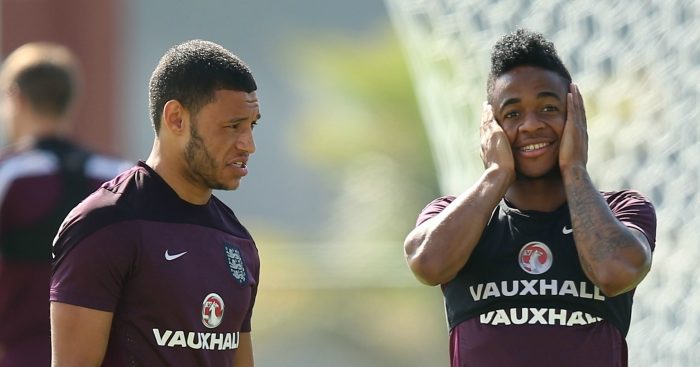 Ryan Giggs says Alex Oxlade-Chamberlain and Raheem Sterling need more “discipline” if they are to play as wingers.

Oxlade-Chamberlain and Sterling both started for England in the 4-0 World Cup qualifying victory over Malta on Friday, but neither impressed.

Oxlade-Chamberlain is thought to have joined Liverpool this summer in order for more opportunities through the centre, while Sterling faces a battle to even start in a strong Manchester City attack.

“They (England) started brightly, should have gone ahead,” he told ITV.

“Obviously a couple of good chances. But as the half went on, England made the pitch smaller.

“What I mean by that is the wide men are just creeping in, they’re just not keeping their discipline and making the pitch as big as possible so that it would be more difficult for Malta to defend.

“As the half went on they were defending the with of the box.

“Oxlade-Chamberlain, Raheem Sterling, have got to keep their discipline and stay out wide, where they’re actually facing onto the play, where they can beat the defender or create two v ones.

“As the half went on, they were receiving the ball with their back to play and then it’s very difficult.”