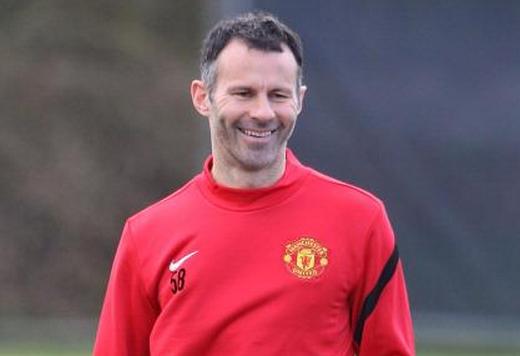 Ryan Giggs responded to questions from the Red Army in the latest issue of United Review...

Which opposition player has stood out for you this season? (Max Singer)
Robin van Persie. In a team that hasn't always been performing to its maximum, he's been brilliant. He's produced so many goals, and important ones as well. You really have to hand it to him.

How does it feel when some of the referees are younger than you? (Ellen Graham)
[laughs and then mocks outrage] Who sent that one in? I want their name and address! Honestly... what can I say to that? Actually, to be fair, I quite enjoy having a referee who's a similar age to me. It makes it easier to talk to them. Referees make a lot of decisions in a game - most of them they get right, but they're also going to get the odd one wrong. When they do, it's nice if you can chat to him and ask him why he's made a particular decision.

Your career is full of highlights, but what's been the lowest moment? (Andy Mutch)
Two stand out for me: when we lost the league to Leeds in 1991/92 and the Champions League final in Rome in 2009. I still remember how bad it felt after we'd lost at Upton Park and then at Anfield in 1992. It was horrible to come so close and lose out. The Champions League final in Rome was worse than last year's at Wembley for me, simply because we just didn't turn up in Rome. It was a massive missed opportunity for us to win back-to-back Champions League trophies.