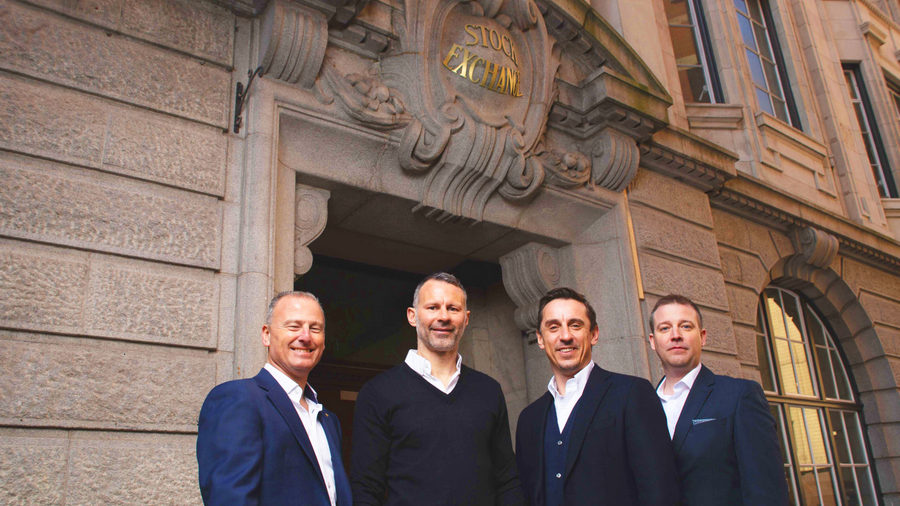 Stock Exchange Hotel in Manchester will open its doors on 15 November as a member of luxury hotel association, Relais & Châteaux.

Co-owned by former Manchester United teammates Gary Neville and Ryan Giggs and hotelier Winston Zahra as part of Finestday Ltd, the building, which first started operating in 1906, has been transformed into a 40-bedroom hotel that will welcome guests from November.

Stock Exchange Hotel will be the first Relais & Châteaux member based in Manchester.

The hotel will be operated by managed and operated by GG Hospitality with the food and beverage operation overseen by chef Tom Kerridge.

Having purchased the Grade II listed building six years ago, Gary Neville and Ryan Giggs explained that their vision was to bring the building back to life: “We knew the Stock Exchange well from when it was a restaurant but it was only when we viewed it in its entirety that we realised the extent of the history there.

“Most people familiar with the building will know of the domed ceiling above the old trading room floor, but there are many other original features that will not have been seen by many, such as fireplaces, vaults and stained glass windows. For us it was critical that this heritage was protected, and it now sits at the heart of what we hope will be an exciting new concept for Manchester.”

Speaking about the association with Relais & Châteaux, co-owner and GG Hospitality CEO Winston Zahra said: “We are honoured to be the first ever Relais & Châteaux member in Manchester and one of the first properties in the 65-year history of the fellowship to become a member before its doors open. This is testament to all of the work the team has been doing behind the scenes. We have put a great amount of effort into ensuring the design for the property truly respects the history of the building.”

Philippe Gombert, President of Relais & Châteaux said: “We are very happy to count Stock Exchange Hotel as a member of our family and to be able to accompany them in the opening of this beautiful house. I am deeply convinced that Gary Neville, Ryan Giggs and Winston Zahra will revive Stock Exchange and its history in a remarkable way.”

GG Hospitality is a hospitality management company which is co-owned by Singaporean businessman Peter Lim, Gary Neville and Ryan Giggs.

Since its inception in 2013, the launch of the Cafe Football brand in 2014 and Hotel Football in 2015, GG Hospitality now manages and operates a growing portfolio of hospitality concepts, including Hotel Football Old Trafford as well as GG Events and Catering (venues include National Football Museum, Manchester Cathedral and Salford City FC).