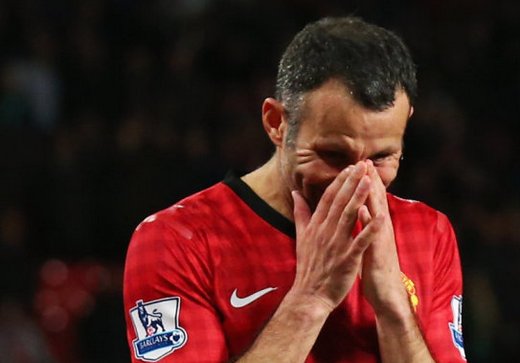 Manchester United’s Ryan Giggs is the toughest winger Lauren Mayer ever faced during his playing career.

Lauren, part of the Arsenal’s invincibles that went the 2004 season unbeaten in the Premier League, is in Kampala this weekend as the London club’s invited legend for Airtel’s rising stars, a program to nurture young talent in partnership with Arsenal.

“Thierry Henry is the toughest I’ve ever faced in training,” said Lauren, a former Cameroonian international.

“He was fast and trickery. But I have come up against some tough wingers (during competitive matches).”

Lauren added: “Wingers like Laurent Robert (former Newcastle), Damien Duff (while at Blackburn). But the toughest of them all was Ryan Giggs.

“Oh my, he was very skilled. He still is. It was easy to read what other wingers would do but for Giggs, it was tough. He is very intelligent, takes you to the side, cuts inside, beating you. Amazing player.”

And on Sunday, Giggs could as well be doing those rings around Lauren’s former club in a Premier League game that means a lot for Arsenal in the race for Champions League football next season.

But the 36-year-old retired footballer, who puts 39-year-old Giggs’ longevity in the game down to a largely injury-free career, is backing the London club to upstage the visitors at the Emirates.

Lauren, like any other Gunner, admitted to being frustrated at the club’s eight-year spell without a trophy but is hopeful they will win one soon.

“The manager (Arsene Wenger) is working hard to correct that and we are getting there. Soon we shall win again.”