David Marshall: Gareth Bale can join Ryan Giggs among legends of the game 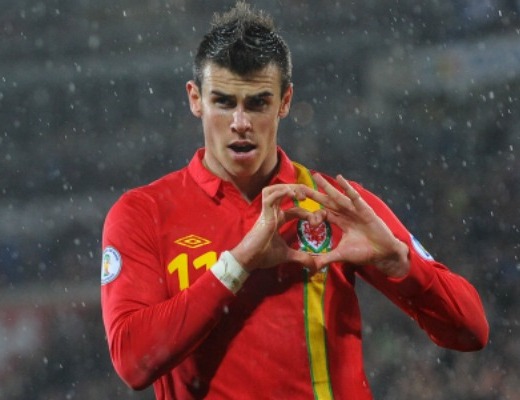 Wales superstar Bale heads into a World Cup reunion with Scotland this week touted as one of the finest players on Planet Football.

The Tottenham man has scored an incredible 25 times for club and country this season with a £70m price tag reportedly put on his head by Spurs chairman Daniel Levy.

And the Tartan Army have good reason to fear the 23-year-old after his October brace – the second a last-minute wonder goal from 25 yards – sank Scotland in Cardiff to deliver three precious World Cup points for Chris Coleman’s Dragons.

But Cardiff City No.1 Marshall insists Bale must prove himself over time to cement his place among the greats of British football.

“It’s difficult to say (he’s the best British player I’ve seen),” said Marshall, who is on stand-by to feature against Wales at Hampden Park on Friday night with Allan McGregor recovering from a wrist injury sustained playing for his Turkish club Besiktas two weeks ago.

“The last year or year-and-a-half he’s been incredible, but you’ve got to judge players on longevity.

“Look at Ryan Giggs, he’s been there for years and years, and if Gareth Bale keeps going the way he’s going then obviously he’ll be a legend.

“But it’s all about consistency.

“He might even be up there with Messi and Ronaldo now, but the difference is they’ve done it for so long.

“They’ve been there five, six, seven years and been consistently brilliantly during that time.

“I’m sure Bale can do it and I fully expect him to do so, but I don’t think you can judge him as there at the minute.”

Even though Marshall believes Bale cannot be ranked up there with La Liga greats Messi and Ronaldo right now, he accepts that Wales are fortunate to be able to call on such a special talent.

Bale has scored 15 times since Christmas and speculation over a bank-busting move to either Barcelona or Real Madrid this summer refuses to go away.

“He’s been unbelievable, it just seems that he’s getting better and better every week,” said Marshall.

“Look at the goals he’s scored, sometimes you maybe think the goalkeeper should have done better but the ball’s moved so late.

“It’s just the way he hits the ball, it makes it so difficult for goalkeepers – you saw that in the last game at our (Cardiff City) stadium – especially with the way the modern-day footballs are.

“Both countries are struggling in the group but it bodes well for the future of Wales to have a player like that.”

While all eyes will be on Bale come kick-off time at Hampden, Marshall believes the Gordon Strachan factor could be crucial in Glasgow.

Strachan began his reign with a 1-0 friendly victory over Estonia in Aberdeen last month and Marshall admits the new boss will formulate a plan to negate Bale’s threat.

“It should be a good atmosphere as it is Gordon’s first competitive game,” he said.

“I think Wales will be wary of that. Gordon’s a massive figure in Scotland, he was brilliant as player and is hugely respected by the players and the fans there.

“Hampden will be absolutely bouncing for that game.

“It will be a special game and the gaffer will want to get off to a good start.

“We might have special plans for Bale. There’s a different manager and we didn’t man-mark him last time and I’m not sure how Gordon will go about it.

“But I’m sure we’ll have a plan in place as a team to try and stop Gareth, try to stop the ball getting to him maybe.

“I know Gordon as I was with him at Celtic for a number of years and it would be great to play.

“But Allan has done really well in the games and I don’t expect to play.

“I’ll just keep my head down but the higher you play it’s going to help your international career, hopefully get to the Premier League with Cardiff and see what happens.”