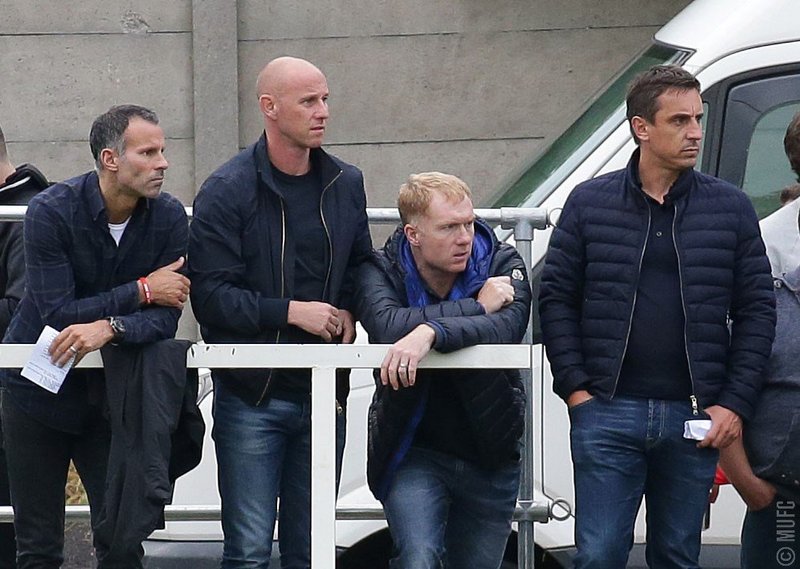 The Class of '92 are ready to splash the cash on ground renovations to get Salford City ready for the Football League.

The ambitious Manchester United legends are hoping to completely transform their non-league club's ageing home as they continue their fairytale rise to the professional game.

Two promotions in two years following their takeover is perhaps a slightly quicker rise up the pyramids than they would have anticipated and they are having to make swift plans to aid the development.

But the Class of '92 have now set a target of achieving another promotion every two years - meaning that Salford intend on being a Football League side by 2020. As a result, plans are being drawn up for stadium redevelopment.

Initial diagrams show that three sides of Salford's Moor Lane ground could be completely transformed with new stands and terracing.

Proposals for a new all-seater stand will run the length of the pitch have been mooted, with an executive seating and viewing area planned for the centre.

It would include a Class of '92 Suite, allowing the club's illustrious owners the best seat in the house - a far cry from the grass mound they currently watch the action from.

The iconic concrete main stand which currently stands at Moor Lane is set to remain on the opposite side, with a view to further renovation, next to the existing clubhouse, tea bar and dressing rooms. The Class of 92 have high hopes for Salford City FC

Standing terracing could be added behind both goals, distancing the full width of the pitch, while provisions for segregation, which are not currently in place at the stadium, are being included.

Three separate fan zones have been included in the plans: one for home supporters, one for away and one for families.

A small car park will be added for executives.

Salford are yet to finalise the plans and club officials insist that they are still a couple of months from formally going to the council with a planning application. As a result, desired capacity and costs are yet to be confirmed.

Salford began life in the second tier of non-league football with a 1-1 draw against Gloucester City last weekend.

Their recent promotion will be documented in the second series of their hit BBC TV show later this month.