Class of 92 continue their work with Salford City FC 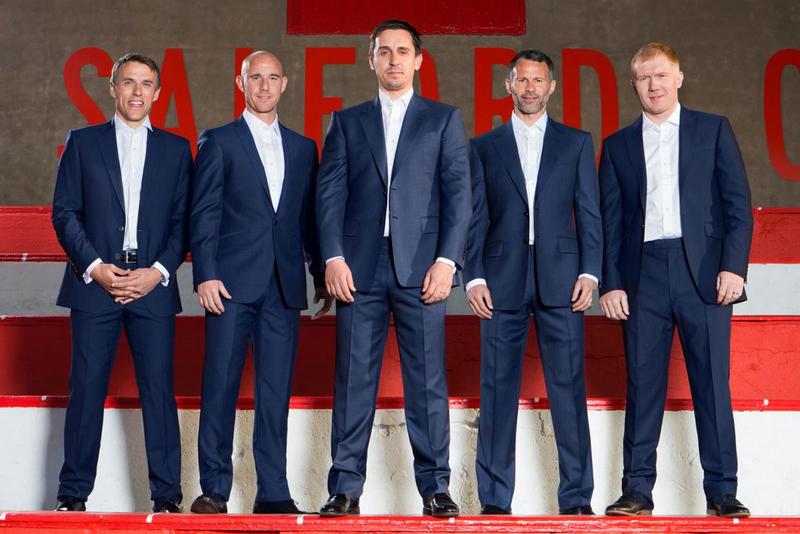 Last autumn, the BBC showed us what happened when Manchester United legends Ryan Giggs, Paul Scholes, Nicky Butt and the Neville brothers took a community football club Salford City FC to stardom – or at least up to the next division.

Now there's a new look at how the team fared in last year's season as the Class of 92 returns.

After triumphing in the 2014 / 2015 season, this new two-parter shows how Salford FC adapted to their first year in the Northern Premier League Premier Division.

There are ups and downs as the team juggle their commitments on and off the pitch, from Phil Neville’s move to manage Valencia FC, to star striker Gareth Seddon’s new cheese shop.

Fan favourites from the first series are back for more, including bride-to-be Jemma, who is balancing wedding prep while supporting the newfound success of childhood sweetheart and team manager Bernard Morley.

Morley and co-manager Anthony ‘Jonny’ Johnson make quite the double act as they try and guide the team through a tense battle to top the league, under the watchful eye of Giggs, Scholes and co.

“It is quite an honest depiction,” Johnson thinks.

“There are some great bits where I cringe and am pulling the carpet up with my toe-nails, but it is who we are.”

Babs the tea lady is sure to make a big splash yet again, as she fights to win a five star hygiene rating for the club café.

“See, there's no rats in here, they've all been hidden in the cupboard."

This follow-up offers the same charm and love of the game that we saw in 2015.