The 5 Oldest Players to Defy the Ageing Process 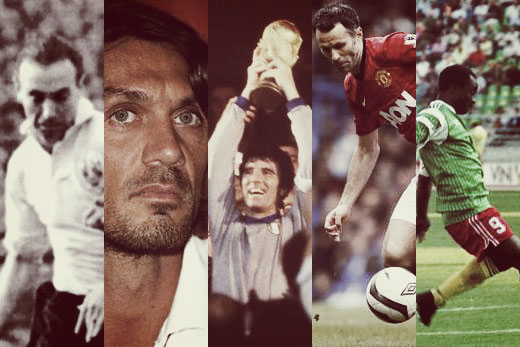 Eventually Father Time comes for even the greatest players, taking with him their speed, stamina and agility. But throughout football's history there have been a handful of players who've defied both science and the ageing process.
But were they genetic anomalies, gifted with an innate ability to keep playing into their 40s? Or were they fuelled by something different, maybe something science couldn't explain? Looking at objective scientific research, here I examine how a select number of footballing legends took on the ageing process and arguably won. 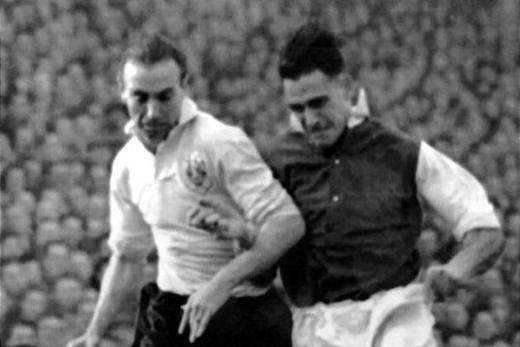 Experts believe there's a direct link between a man's testosterone levels and his competitive edge. This may explain why some players decide to retire since they just don't have the "drive" they once did.
Testosterone declines with age, as proven by scientists from the University of Manchester Department of Medicine in the UK, who state, "There is an underlying decline in both total-testosterone and free-testosterone index...with advancing age."
One man's career that arguably disproves this theory is that of the English footballing legend Sir Stanley Matthews.
Playing his last competitive match at age 70, he was the oldest player ever to play in England's top football division and the oldest player ever to represent the country. Trying to make sense of his unbelievable career, football historians often cite his teetotal, vegetarian diet to be the reason for his longevity. However, few mention his penchant for a cigarette, which probably disproves that theory. 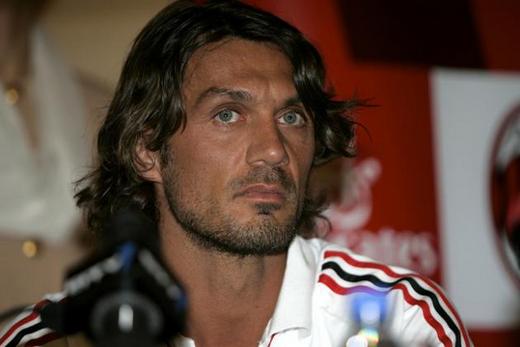 It's well documented that as we get older our strength and ability to generate force declines. This explains why many once brilliant defenders have had to hang up their boots when they no longer have the strength to keep a powerful forward at bay.

Supporting this theory is research published in the Journal of Strength & Conditioning Research, which states, "The present data indicate that maximal strength and muscle thickness as well as explosive strength and power characteristics decline with aging."
Yet one man who obviously didn't read this study was AC Milan legend Paolo Maldini, the oldest person to ever score in a Champions League final at 36 years and 333 days. He made 902 appearances for AC Milan in his 24-year career and retired at age 41. Mainly known for his elegance and dexterity in both feet, his enduring strength and ability to deny forwards on the floor and in the air mustn't be overlooked, which is why Maldini makes the list. 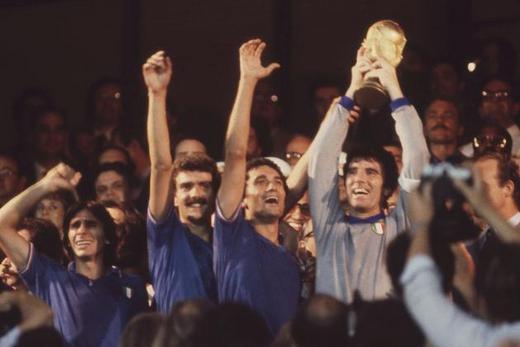 All goalkeepers need good agility. In sport science agility is defined as "the ability to change the direction of the body in an efficient and effective manner." Unfortunately, the ageing process takes its toll on this too by robbing keepers of their flexibility.

Scientists from the Department of Preventive Medicine & Biostatistics at the University of Toronto in Canada state, "The elasticity of tendons, ligaments and joint capsules is decreased...Over the span of working life, adults lose some 8-10 cm of lower-back and hip flexibility, as measured by the 'sit-and- reach' test."
But one who defied this age-related loss in mobility was the Italian captain Dino Zoff. During the 1982 World Cup in Spain he became the oldest player to ever win the tournament at the grand old age of 40 years, four months and 13 days. But perhaps what's even more impressive is he also holds the record for the longest playing time without conceding a goal in international tournaments (A record that stands at 1,142 minutes, which he set between 1972 and 1974.).
Basically through methods unknown, the great Zoff was able to defy both Father Time and the opposing team's offences. 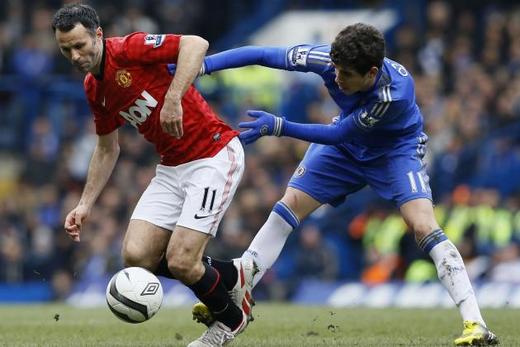 Studies show a player's speed can begin to decline as early as 25. This means, in theory, that the 25-year-old Mesut Özil is about as quick as he is ever going to get.

Following muscle autopsies, scientists from the Department of Anatomy at the University of Umeå in Sweden concluded this is "caused mainly by a loss of fibres... mostly of type 2 fibres."
Type II fast-twitch fibres are the ones responsible for that explosive speed and power. As they decline, so does your ability to gain that half yard on the competition. One player who's very self-aware of such science is Ryan Giggs. Talking about the secret to his longevity, he was quoted in The Guardian as saying,

[When you get to my age] you have to change the way of thinking. I was a quick player when I was younger, now I am not so quick. [You have to] use your experience, use your intelligence on the pitch, to adapt your game and change your game, as I have done.

Granted he's not defying Father Time in quite the same way Roger Milla was. Instead, he is effectively outwitting him, and as a result he continues to break the Manchester United record for most appearances in a red shirt. He also remains the oldest player at 37 years and 289 days to score in a Champions League match. 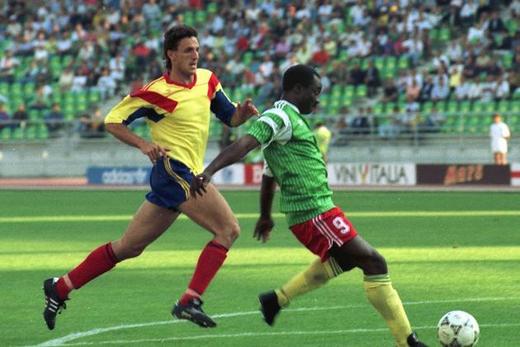 Running till the final whistle gets harder with age, as proven by a 22-year-old study at the Human Performance Laboratory at Ball State University in America conducted on ageing and elite distance runners.

Researchers monitored the athletes' decline in endurance and concluded that regardless of their training protocol "aerobic capacity of highly trained middle-aged men declines approximately 5-7% per decade."
But one person who strongly disagrees with this study is Cameroon international Roger Milla. Known for both his goal celebrations and "enduring bursts of speed," amazingly Milla broke onto the international scene at the age of 38, a time when most players are hanging up their boots. And if that's not enough, he also took Cameroon to the quarter-finals in the 1990 World Cup and remains the oldest player ever to score in the tournament at the age of 42.