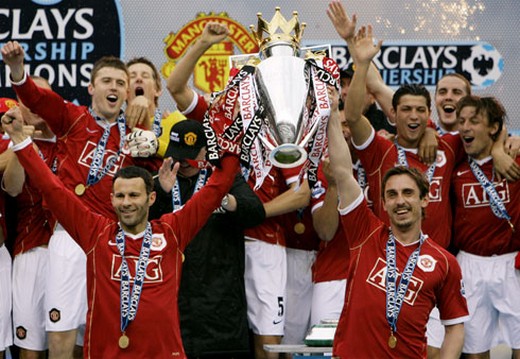 Gary Neville came through the ranks at Manchester United with Ryan Giggs, a Premier League legend and one of the men on the shortlist for Best Player in the 20 Seasons Awards.

Neville spent his entire career at Old Trafford before retiring at the end of the 2010/11 season and was in the same Premier League-winning team as Giggs eight times, with the indefatigable Welshman having another four in his trophy cabinet.

Former England right-back Neville tells premierleague.com what makes Giggs so special and why he is a contender for the greatest player in Premier League history.

VOTE NOW IN THE 20 SEASONS AWARDS

"Ryan has a God-given talent, and his career has been incredible.

"I first played with him when I was 14 and he's the best young player I've ever seen now, then, ever.

"It's astonishing what he could do - the ball was tied to his feet and he could do everything at amazing pace, change direction and lose defenders and so on.

"We are witnessing greatness before our very eyes"
- Gary Neville

"It's probably not the first thing you think of when you mention Ryan but he's so tough mentally, and physically while quite thin he's also very strong. He's got an incredible appetite and determination to keep working hard and win things every year.

"Will we ever see his like again? No, no way. What we're seeing now with Ryan - and also Paul Scholes, too - in terms of the collection of Premier League titles, that will never happen again.

"Ryan Giggs will go down as the most successful British footballer of all time and I cannot see anyone ever overtaking him. He's on the brink of his 13th League title, after all.

"When we were younger, we often heard about Alan Hansen's amazing eight championships with Liverpool. But what we are witnessing at the moment is greatness before our very eyes.

"Ryan is unique, he has surpassed all records in terms of domestic titles and he has incredible desire, quality and spirit. He's just fantastic to watch every single week.

"As a sign of Ryan's greatness, he has constantly adapted his game over the 20 years of the Premier League.

"He went from being a flying winger in the early days to someone who could play off the front, to a central midfielder, and even to left-back if required. He can play anywhere on a football field, and that's what really great players do: they adapt.

"How long can he go on for? You give up asking. Do I ever ask him? No, why would I bother? You see his quality and what a contribution he makes to the team and how could you ask someone after that when they're going to retire? Why would he even think about it?

"Ryan is 38 years old, and he will contribute at the age of 42 if he wants to, the way his body is right now, the way his football is and the quality he still has.

"The Best Player in the history of the Premier League? It's got to be Ryan Giggs, no question at all."