Will Giggs continue his scoring streak? 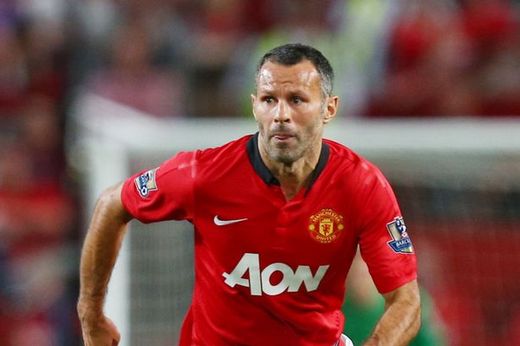 In a season of unwanted records for United this season, Ryan Giggs has five games left to salvage his personal streak - but this weekend might offer up his best chance.

In a season of unwanted records for United this season, Ryan Giggs has five games left to salvage his personal streak.

The Reds winger has the extraordinary run of having scored in all 21 full Premier League seasons, but is yet to register a goal in the current campaign.

With only games against Everton, Norwich, Sunderland, Hull and Southampton remaining, Giggs must find a goal soon if he is to continue his feat.

In terms of when the Welshman has previously broken his duck, the omens do not appear good heading into the final stretch of the season; only twice has the midfielder made it past Christmas without opening his account.

As the graph below shows, Giggs has usually opened his account within ten games of the season starting.

The 40-year-old will have to be on the pitch to score of course, which is no given. This campaign has seen Giggs feature only 11 times in the league, with five of those coming off the bench.

But his best hope may come on Sunday.

Of the 21 Premier League's Giggs has scored in, his first has come against Everton four times - more than any other team. This includes the strike last February - the latest the Welshman has scored his first for the campaign - in a 2-0 win against the Toffees that continued United's roll towards another league title.

There is still uncertainty over whether Giggs will carry on next season, both as a player and at Old Trafford. One thing not in doubt will be how the player is remembered in football.

To not score in his 22nd league campaign would be no tar on one of the greatest careers in modern football.

But a strike before the end of the season would be fitting for a player that has enjoyed such longevity in the top flight - and history suggests his best chance may come at Goodison.