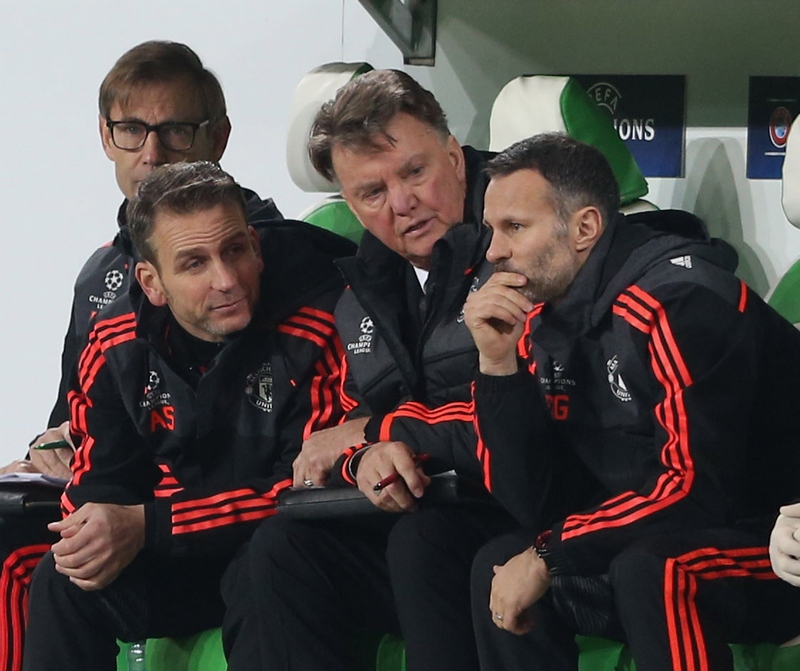 When Ryan Giggs accepted the assistant manager role at Manchester United in 2013, it marked the start of the club’s succession planning. He is still executive vice-chairman Ed Woodward’s man.

The idea was to spend the first phase of his coaching career shadowing David Moyes when he was anointed by Sir Alex Ferguson in 2013. When that went wrong, Woodward wanted Louis van Gaal to smooth off the rough edges and prime Giggs for one of the biggest jobs in European football. It may not be far away.

All is not well at Old Trafford and there is a belief that Van Gaal, despite every verbose statement and every briefing by United, could walk away at the end of the season.

Tough as it is to leave behind a contract that will be touching £7million a year, there is always a deal to be done when things are not working out.

Van Gaal has another year left on his contract and the club claim to be so happy with him that they are willing to extend it beyond 2017. Nobody is convinced of that.

Giggs has watched from the sidelines as the club that Ferguson built over 25 years has fallen even further behind Real Madrid, Bayern Munich and Barcelona... even Paris Saint-Germain. He is not happy about that, but the former United player has kept a diplomatic silence. Giggs has the long-term support of Woodward, who is keen to make sure the United legend is rewarded for his loyalty and patience by getting the chance to manage the club permanently.

The alternative is a third successive outside appointment, with Pep Guardiola the obvious go-to man for any club with ambitions to dominate the Premier League and Champions League. Almost any club would find it difficult to turn their back on him.

Guardiola’s desire to manage United is no secret. Even in the authorised biography of his first season at Bayern, Pep Confidential, the cat is let out of the bag in the opening passages. Ferguson even met Guardiola for lunch during his sabbatical in New York when the United job was in the offing, but he had already given his word that he would be joining Bayern Munich.

Until Guardiola’s future at the Allianz Arena is resolved, his shadow will hang over those in charge at United, Manchester City and Chelsea.

It has not escaped Woodward’s attention Guardiola spent one year coaching Barcelona’s B side before he was promoted to the first team in 2008. Giggs has spent two years as an assistant now.

With his limited influence under Van Gaal’s regime, there is little point hanging around if he is not going to be promoted when the top job becomes available. For nearly 18 months Giggs has been waiting for the lightbulb moment under Van Gaal, when people realise the Dutchman was right all along and everybody else got it wrong.

The possession stats are fine, but there is a lack of conviction in a team that has been remodelled since Ferguson retired after winning his 13th Premier League.

Ferguson has deep misgivings about Van Gaal’s management style, which is a clear deviation from the relentless, attacking principles that were once enshrined at United. They stand for something different now and Giggs is uncertain about the future after their Champions League exit in Germany on Tuesday evening.

He has narrow responsibilities under Van Gaal, although the presentations given to the players by Giggs are said to be first class.

Giggs wants to make more of an impact, to revive some of the spirit that was one of the hallmarks of the great sides managed by Ferguson.

Given time, Woodward wants Giggs to be given the chance he craves.