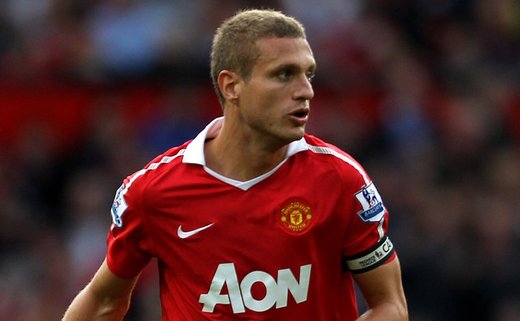 Gary Neville’s leadership qualities are one of the major losses to United’s dressing room following his retirement last week. But Nemanja Vidic, the man who earlier this season took over the armband from Neville, has seamlessly taken to the role – that’s the view of Ryan Giggs no less.

Vidic has been described as a warrior, a collosus, a player who leads by example, never afraid to put his body on the line for the United cause. While that has always been his style, those qualities are amplified as team captain.

“Taking over the captaincy can sometimes bring out the best in players, and I think it has with Vida,” says the Giggs, himself a leading figure in the dressing room and a player who has played alongside some of United’s most famous captains.

“Some players just go up a notch when they get added responsibility. I’ve seen it happen before with Roy Keane and Eric Cantona,” adds the Welshman. “Vida’s one of the best defenders this club has ever had and he leads by example week in, week out.

“He has been brilliant for us this season. He’s a proper old-school defender and he just loves everything about his job: tackling, battling for possession and heading the ball clear. He’s like Steve Bruce was in the way he puts his body on the line, week after week.”