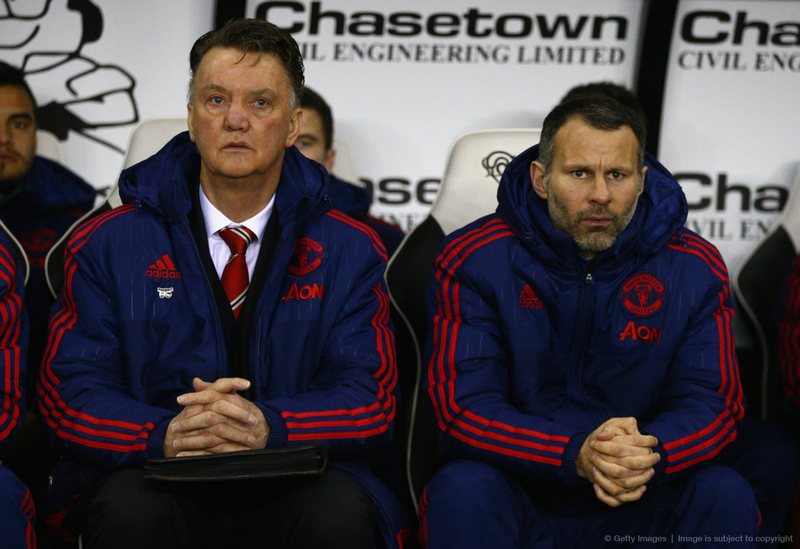 Louis van Gaal has nothing but praise for Ryan Giggs and thinks his assistant at Manchester United has a bright future ahead of him.

Manchester United manager Louis van Gaal has hailed Ryan Giggs' work rate and is impressed by his assistant's coaching skills and ability to read the game.

The Welshman has been touted as a candidate to replace Van Gaal in charge at Old Trafford. However, reports this week have suggested that Giggs could be ousted if Jose Mourinho becomes United manager at the end of the season.

But the Dutchman believes his right-hand man has all the tools to succeed in management, whether at Old Trafford or anywhere else.

"Those questions on where to start his career in management are for Ryan, not for me, Van Gaal told The Independent.

"I cannot say that he should be my successor anymore because I don't want to reign beyond my grave. I have stopped that message. In my first year, it was good to say it, though.

"What he has to do for me is analyse the opponent and his explanation of that is very good. His coaching capacity, his reading of the game, are excellent and he can say the right things to my players. I am very happy with him."

Giggs enjoys a close relationship with Paul Scholes, who has been one of United's biggest critics this campaign, but Van Gaal has never considered calling upon his assistant to have a word with his former team-mate.

"No, I don't think that I have to give Ryan stress in his friendship with Scholes," Van Gaal added.

"I have managed all of my career, so it would not be good or honest of me to ask Ryan to say something.

"What Scholes is thinking, he has to think it. Every human being can give his opinion. I don't bother about that, I think it is good.

"But my problem is when you create an atmosphere, a very negative atmosphere for somebody, so maybe he should be more positive."