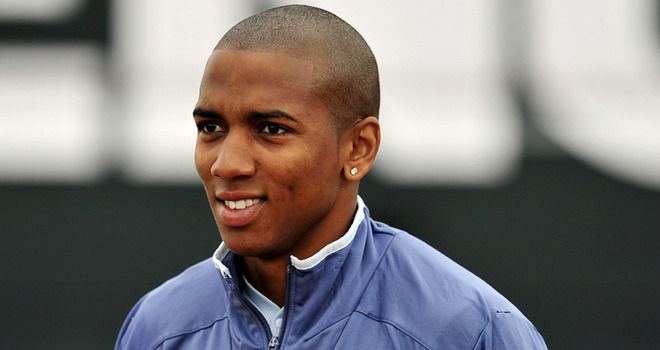 Ashley Young has swapped the claret and blue of Aston Villa for the famous red of Manchester United.

The 25-year-old is the second confirmed new arrival at Old Trafford this summer, after Blackburn Rovers defender Phil Jones agreed a move on 13 June.

A club statement on Thursday afternoon read: “Manchester United is delighted to announce it has reached agreement with Aston Villa for the transfer of Ashley Young.

“The player passed a medical in Manchester this week and has agreed a five-year contract.”

Young, who began his professional career at Watford before moving to Villa Park in January 2007, made 193 appearances for the Birmingham side and scored 30 goals. He's also renowned as a chief creator: in the last five Premier League seasons, only Cesc Fabregas provided more assists for his team-mates.

In an exclusive interview with MUTV, to be aired on Thursday evening at 18:30 BST, Young admitted he will miss the Midlands club, but explained "the opportunity to come and play for one of the biggest clubs in the world is one I couldn't turn down".

"It's a chance to... hopefully become part of the history by helping to win the 20th title." he said. "It's a prospect I always looked at from being a child: to play for one of the biggest clubs in the world."

Reds defender Rio Ferdinand welcomed the deal on Twitter, hailing his England team-mate as "another top, hungry and young player".