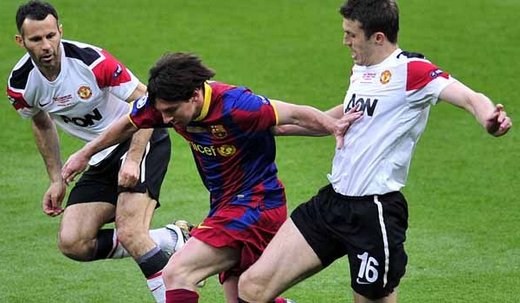 Manchester United will tackle old foes Barcelona in a high-profile pre-season friendly in Gothenburg on August 8.

The pair have met in two of the last four Champions League finals, plus the 2008 semi-final.

They met more recently in Washington last summer as part of pre-season preparations for the 2011/12 campaign.

One notable absentee will be Ryan Giggs, who is due to be confirmed as an over-age player in Stuart Pearce’s GB Olympics squad when it is announced early next week.

But Wayne Rooney should be amongst those involved after his post-Euro 2012 break.

United have already arranged a trip to Norway the previous Saturday, when they will play Valerenga, and are also due to visit South Africa and China as part of their preparations for the new season.

United chief executive David Gill said: "Manchester United against Barcelona is one of the top fixtures in world football and we are delighted to work with GotEvent to bring this match to the beautiful city of Gothenburg.

“We have a large following throughout Scandinavia and it’s great that this match will form part of our preparations for the new season.