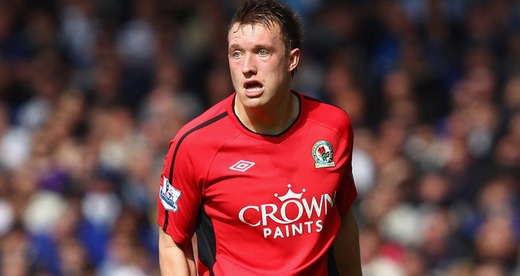 Phil Jones is United's first signing of summer 2011 after the Reds successfully negotiated a transfer with his current club Blackburn Rovers.

A club statement published on Monday reads as follows:

"Manchester United is delighted to announce it has signed an agreement with Blackburn Rovers for the transfer of Phil Jones.

"The player passed a medical in Manchester last week and has agreed a 5-year contract. The deal will be completed once the player returns from international duty."

Jones, 19, came through the youth ranks at Blackburn before turning professional on 1 July 2009. He made his senior debut two months later, in a Carling Cup victory at Nottingham Forest, and went on to make a total of 40 appearances for Rovers.

The robust central defender, who can also play in midfield, has been capped seven times so far by England at Under-21 level. The latest appearance was in Denmark on Sunday, when he started alongside new club colleagues Tom Cleverley, Chris Smalling and Danny Welbeck in the 1-1 draw with Spain in the UEFA Under-21 Championships.