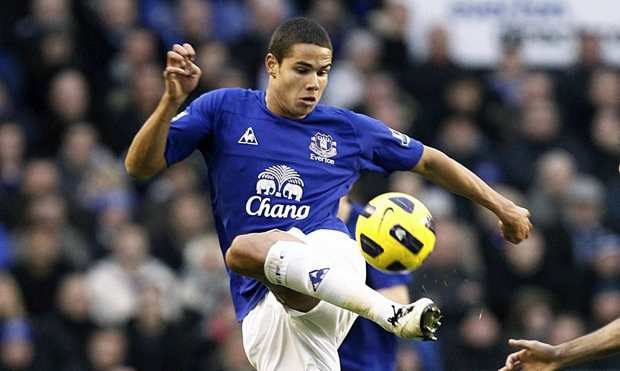 Manchester United and Manchester City are set to go head-to-head in a battle to land Everton’s England Under-21 midfielder Jack Rodwell.

Sir Alex Ferguson sees Rodwell, who’ll be 20 next month, as a perfect addition to his stock of young players and he has been identified as someone who could take on part of the responsibility of replacing Paul Scholes.

The veteran Reds star has yet to decide whether to stay on at Old Trafford for a further 12 months like Ryan Giggs has just done or retire like his other Class of ‘92 buddy Gary Neville.
Whether it is this summer or next, Fergie is keen to find a player who could tick the boxes as Scholes’ successor.

Rodwell is more of a defensive engine room player, who also has the potential to play centre back, but he has also proved he has an attacking side to his game, scoring against United last season in a 3-1 win at Goodison Park and is also two-footed.

Rodwell, rated at around £25m, is said to be the mystery player who the United boss referred to as the one piece of transfer business he had hoped to do in the January window but couldn’t complete.

The Reds boss has also been linked with Tottenham’s Luka Modric – although Spurs boss Harry Redknapp is unlikley to sell – and Sunderland’s Jordan Henderson as he steps up his bid to strengthen his midfield.

Everton, who gave Rodwell a new five-year Goodison deal 12 months ago, are keen to hold on to their Academy product but could be tempted to part with him in the summer.

Everton are not flushed with cash and if manager David Moyes wants to boost his squad then a windfall for Rodwell could be his reluctant way of achieving it.

However, United could be drawn into auction with City.

Blues boss Roberto Mancini is understood to be a big admirer of the Southport-born player and it is reported that the club registered an interest last summer.

A disappointing season by Everton means they are unlikely to play in Europe next season unless they win the FA Cup.

And Rodwell will be aware that his chances of playing in the 2012 European Championships with England will be heightened if he can prove to boss Fabio Capello he can perform at the highest level.