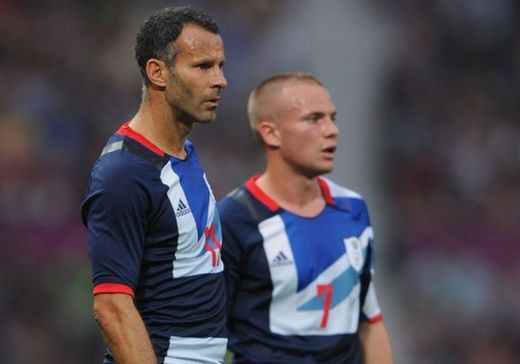 Ryan Giggs has tipped his Manchester United team-mate, Tom Cleverley, to become a star this season.

Midfielder Cleverley on Friday night delivered another impressive performance when pulling the strings in an advanced role while making his competitive England debut during the World Cupqualifying thrashing of Moldova.

The 23-year-old appears to be a big part of Three Lions boss Roy Hodgson's plans and this season he has also started all three of United's Premier League games.

Cleverley endured a frustrating, injury-hit 2011/12 campaign but his blossoming form for club and country, as well as his displays for Team GB at the Olympics, bode well.

And his captain at the Games, Giggs, told Sky Sports News: "He is a really good player. He had a really good start last season and then got injured and it was a bit of a stuttering season.

"But, this year, I was with him at the Olympics and he was brilliant and he has started the season on fire.

"Hopefully he can go through the season injury-free and I am sure he will play lots of games for United and England."