Sticking with Giggs for 20 years 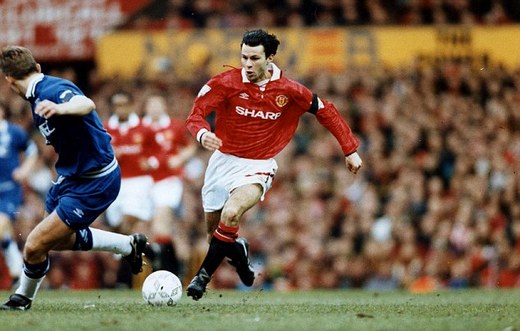 There has been a sticker album for the last 20 Premier League seasons and there is one player who has appeared in every edition.

Ryan Giggs’ hairstyle has changed since he appeared in the first album for the 1993-94 season, but recent performances suggest that the 2012-13 version is as classy as ever. 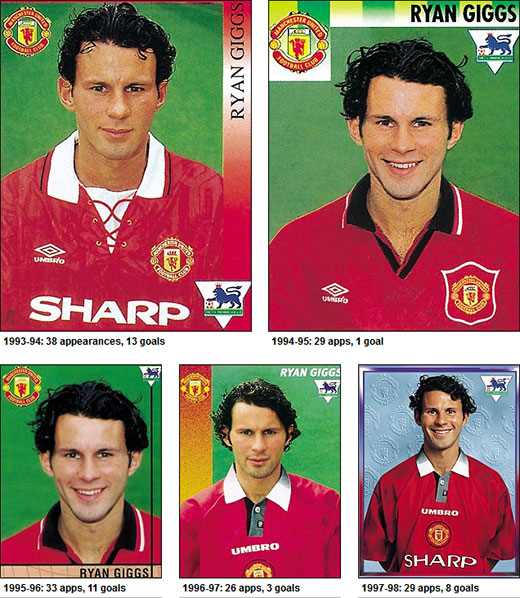 Since Giggs first appeared on a sticker, two years after his full debut, United have had four kit sponsors (Sharp, Vodafone, AIG and AON) and two kit makers (Umbro and Nike).

Some shirts have been more attractive than others - 2010 is a particular blip - and Giggs’ age (now 39) seems to vary depending on whether he had shaved that morning.

As the Premier League's only ever-present player, Giggs' success is unrivalled in England's top flight over the last 20 years (and the last 20 sticker albums). 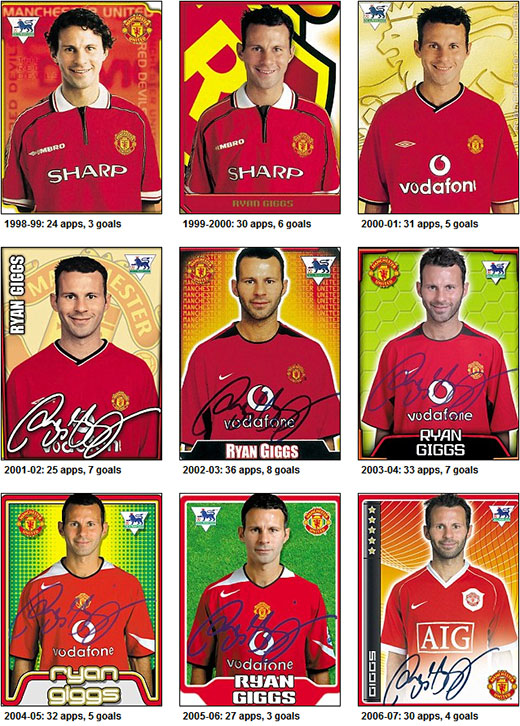 The Welshman has not only been a part of all 12 of Sir Alex Ferguson's Premier League-winning squads, but he has played a pivotal role in each and every one of the triumphs.

Giggs' success initially came as a winger, who's pace and trickery were up there with the world's best, but in recent years he has been deployed as a deeper lying midfielder as his speed has diminished along with his locks.

Such is the level of Giggs' fitness and professionalism that the fewest appearances he has made in any one Premier League season came back in 1998-99, when he played in 24 games. 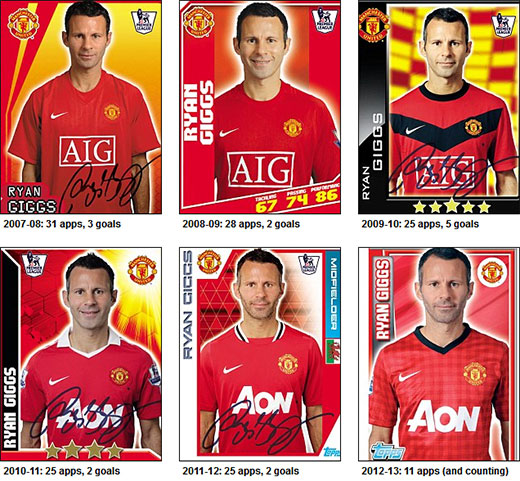 That means that Giggs has always comfortably passed the minimum requirement of 10 games played in to collect a Premier League winners medal.

In the last 20 years Giggs has faced Liverpool - his most frequent opposition - 35 times in the League and scored four goals. With the 36th clash looming on Sunday, no wonder United don’t want to swap him. 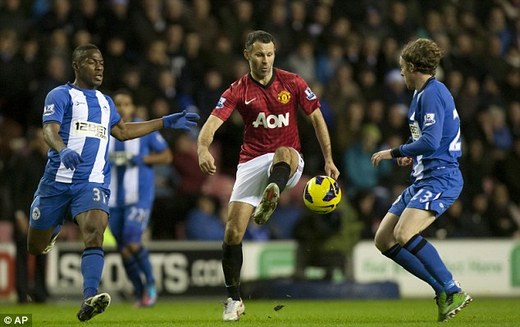 ... and now: Giggs has already made 11 Premier League appearances for United this season