Sir Alex: A line in the sand 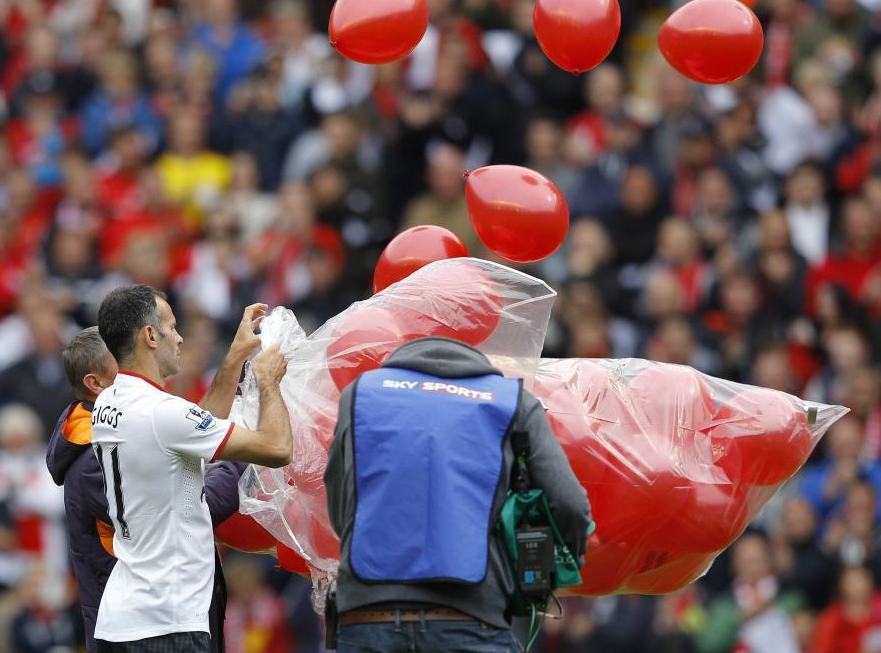 Sir Alex Ferguson feels there is the opportunity to end the disrespectful chants at matches against Liverpool once and for all.

Both sets of supporters have been criticised in the past for songs referencing the Munich and Hillsborough disasters but there was a more dignified air to proceedings at Anfield on Sunday following the publication of the independent report into the tragic events in 1989.

Sir Bobby Charlton handed flowers over to former Liverpool striker Ian Rush on the pitch while rival skippers Ryan Giggs and Steven Gerrard released 96 balloons to commemorate those who lost their lives.

"It set the right tone," said Sir Alex on MUTV. "Bobby presenting the wreath to Ian Rush and both captains letting balloons off plus total respect from each set of supporters which I'm really pleased at.

"Hopefully, that's the crossroads - a line in the sand.

"Nothing will stop the rivalry but it's gone beyond the pale in the past and hopefully that's gone now."