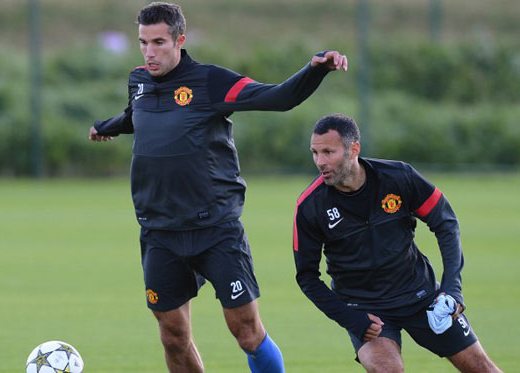 He told United Review: "I saw an interview with Robin van Persie the other week and I found it fascinating. He was talking about how he is inspired by training at Carrington, that every time he looks around he sees top-level players and seasoned winners like Ryan Giggs and Paul Scholes.

“All the players are feeding off that and inspiring each other, and you can sense a buzz around the club. When you get that kind of feeling about the place, it can only breed confidence. [It’s] shaping up to be a memorable season.”