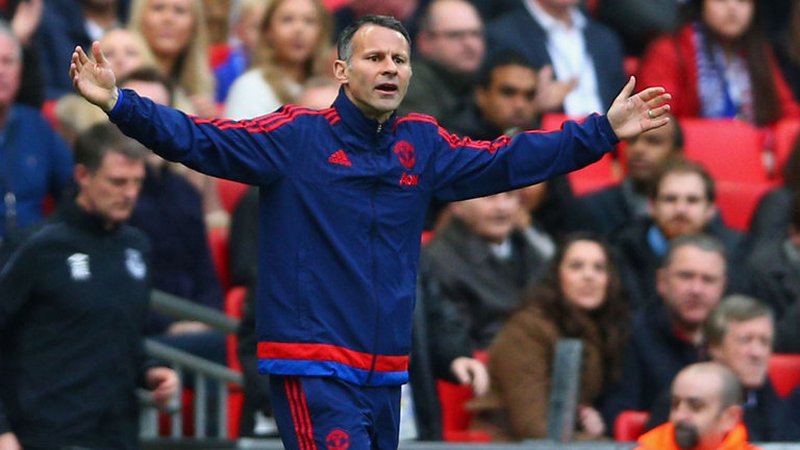 Ryan Giggs should leave Manchester United and manage another club if he wants to one day take the reins at Old Trafford, according to Peter Schmeichel.

Giggs, who was assistant manager to Louis van Gaal, is stuck in limbo over his future at Old Trafford, with impending new boss Jose Mourinho understood not to want the former United winger as his deputy.

The Portuguese, who has agreed personal terms to succeed Van Gaal and is expected to be unveiled later this week, is believed to want Giggs in another role in his backroom staff, but it remains to be seen whether the 42-year-old will accept what amounts to a demotion.

But Schmeichel, a former United team-mate of Giggs, believes if the Welshman's ultimate ambition is to manage United himself he should learn the art elsewhere before making a return.

The former United goalkeeper told Sky Sports News HQ: "There are two sides; the club side and the Ryan side. I think Ryan's big dream is to one day manage United.

"To be equipped to do that, he has to go away and be a manager at other clubs - standing on his own two feet, making decisions, producing results, getting his own ideas in - rather than step-up from being assistant.

"I think, for him, it would be a good idea to go somewhere else. On the other hand, Ryan is a culture bearer. He is someone who has been at the club for a very long time, and it's so important that we have that within the staff.

"But I would like to see him go away and come back some day prepared for the challenge because we've seen that, in the last three years at United, it's a hard job to be manager there. It's not something you can just step up and do."