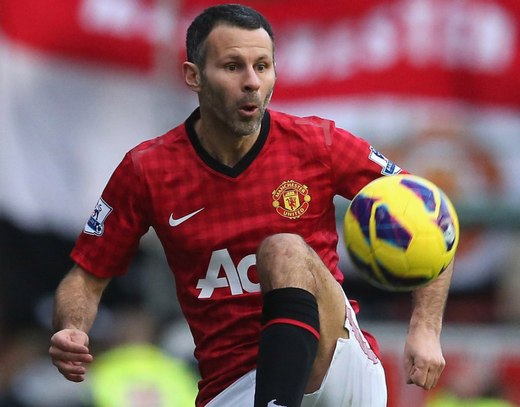 Ryan Giggs says he still prepares himself physically and mentally for every game, but fully appreciates that at 39 he won’t be involved every week.

The veteran midfielder has been used somewhat sparingly by Sir Alex Ferguson this term, but he has been in excellent form over Christmas featuring in three of Manchester United’s four festive fixtures.

Giggs understands that he won’t play every game, but always ensures he is ready when needed.

“But it’s just a case of looking after your fitness and making sure you’re sharp and you’re not peaking in the middle of the week when you need to be prepared for a Saturday match.

"The likes of me and Scholesy probably play fewer matches than a lot of the players but we know we have to be ready when we’re called upon." - Ryan Giggs

“A lot of players are in that position though because we have a big squad and you’re not going to play every game. The likes of me and Scholesy probably play fewer matches than a lot of the players but we know we have to be ready when  we’re called upon.

“My role in the team has changed over the last five or six years,” he added. “I’m an experienced player and a kind of elder statesman and it’s a position I’m quite comfortable with regard to helping the young players. I’m not starting as many games but it’s about being ready when I do.”

Giggs remains the only player in history to have scored in every Premier League season up to the current campaign. A league goal this term has so far eluded him and it’s something he’s keen to put right.

“I’d obviously like to score but it’s not something that preys on my mind too much,” he said. “I suppose I’m running out of time a bit now though with only half of the season left!”