Ryan Giggs yet to decide on Manchester United future 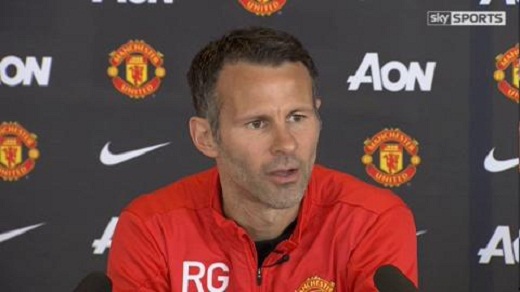 Ryan Giggs claims he has still to decide over his playing future as speculation grows that Louis van Gaal will be offered the Manchester United job.

Since United beat Norwich 4-0 in Giggs' first game in charge last Saturday, Juan Mata, Wayne Rooney and Anders Lindegaard have backed the Welshman to be the club's long-term replacement for David Moyes, who was sacked last week just 10 months into a six-year contract.

United are believed to want a more experienced man at the helm though and have reportedly held discussions with Holland coach van Gaal.

The former Ajax, Barcelona and Bayern Munich coach could be appointed as early next week and Giggs says he was yet to decide whether he would like to be part of an incoming manager's staff.

"Nothing has changed. (This job) is just until the end of the season," interim manager Giggs said. "We will chat when the season is over.

"The main concentration I have is on the Sunderland game and then after that the remaining two games. I have a lot to think about - whether to continue playing...

"But my concentration is just on now. We will see what happens at the end of the season."

Rooney, meanwhile, is a major doubt for United's match at home to Sunderland on Saturday due to the combination of illness and a minor groin injury.

Giggs revealed that a number of United players have been struck down by illness, and are therefore unlikely to play in the Premier League clash at Old Trafford.

Giggs said: "A few of the lads have had a bug. Anders Lindegaard has, and so has Wayne.

"Wayne has a tight groin also so obviously with the bug you have to be careful with that because his immune system is down.

"Wayne being Wayne, he wants to be involved so we will just monitor it over the next 24 hours."

Giggs has been handed a boost ahead of the visit of relegation-threatened Black Cats with the news that Robin van Persie is back in training.

The Dutch striker has been out with a knee injury since scoring a match-winning hat-trick in United's UEFA Champions League last-16 victory over Olympiakos on March 19.

"Robin has looked good in training this week," Giggs said. We will see (after training) today whether he is ready."

Giggs is reluctant to swap the club suit for his United playing kit though.

"I have kept myself fit, but I might not get back in (the team)," said Giggs, who has made a record 962 appearances for the club.

"The lads have been doing well. We will just have to wait and see."